9 Months on... My thoughts Talipes 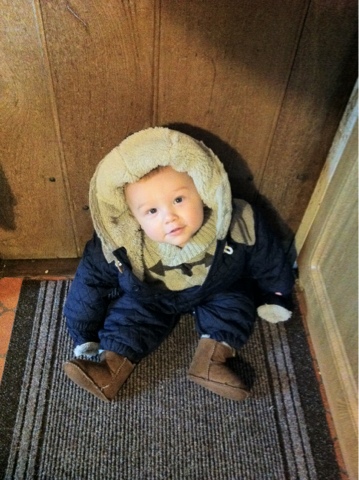 Hugo is 9 months old on Sunday. 9 Months!
thats as long as a pregnancy it has flown by.
He is able to sit, Roll, he can get in to the crawling position, but no movement as such, he can wave & say Mama & Dada.
His Feet are doing well, he can stand holding our hands for a little while now.
But 9 months down the line... i would love to say i am fully accepting of the fact that he has to wear his BnB for 14-16 hours a day. unfortunately i am finding it harder to accept than i sometimes let on.
Infront of Hugo & Emilyn i am very positive, Emilyn even asked me the main question i had been waiting for but was thrown back when i heard her.. "Mummy why does Gogo wear his boots & Bar?"
wow what do i say so she can understand. We have covered the facts with her but being 3 she really doesn't fully understand or remember his feet the way they were born. so i said he has to wear them at night time so he doesn't fly away. her response "so he doesn't fly away with the fairies Mum?" this made me smile, she now thinks Hugo is half Fairy & Half Baby.
When i am on my own & i think too much, you know the over thinking. thinking back to that day we found out about his Talipes, look back at his first photos of his gorgeous curled up feet,
when will it get easier to come to terms with?
it just feels sometimes like i've been kicked in the stomach looking back through my facebook timeline when people found out we were indeed having a boy "perfect family... your so lucky... oh wow one of each...." feel like screaming. i wouldn't change Hugo for the world. what has happened has happened. i suppose he is perfect to us. why am i moaning?
i suppose you know when you've had a long day & all you want to do is relax cook dinner, what i am having to do is fight to put Hugo's boots on. its so difficult, he's screaming, i am trying to stay calm but he gets so angry he wants to roll around he doesn't want to have his boots on. it is for me the worst time of the day for me, hoping it gets better.
This is enough Moaning from me today. 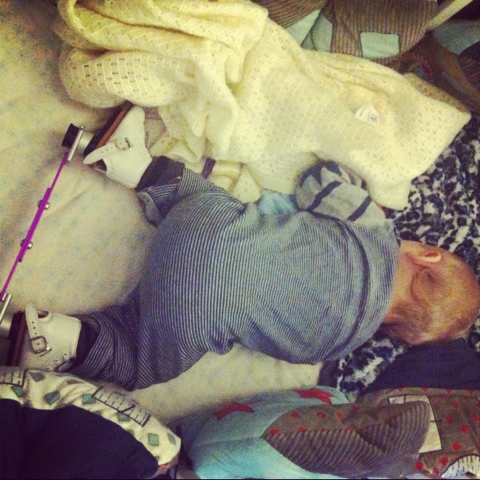