Halloween is not far away now & The children had such fun choosing their outfits - Emilyn originally wanted to dress up as a Banana of all things... I fortunately managed to talk her out of this once we were in a large supermarket & she spotted the bright orange Pumpkin dress!
we then searched & searched for Orange tights... but could i find any... no of course i couldn't. how annoying!
Last week when Hugo had his Boots&Bar changed we popped into the shops after & found this brilliant padded Pumpkin sleep-suit for him in Mothercare!

Definitely warmer than Emilyn's Dress thats for sure!
Here are the babies modelling their outfits 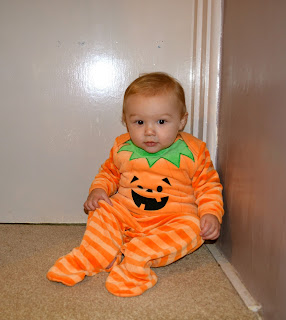 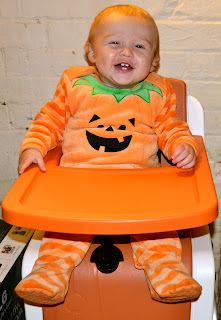 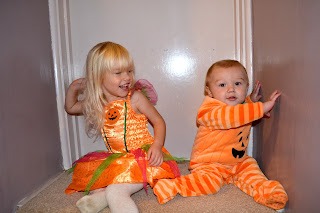 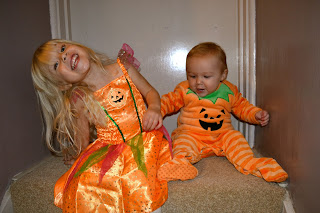 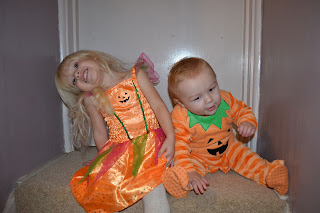 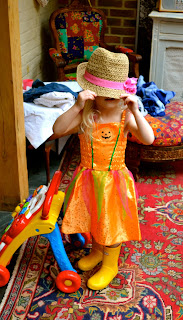 Emilyn chose to compliment her dress with her Yellow Hunter Wellies & her sunhat... 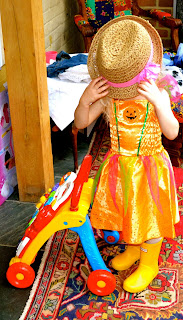 This was after the Halloween Party - They both had fun although Emilyn was a lot more clingy than i thought she would of been. I think its because even though it was in her preschool the setting was totally different, lights down low, flashing coloured lights, tables up, food laid out nicely, so a lot of the time she was climbing my legs a bit like a monkey climbing a tree.
It was a shame as she was so Excited about it. 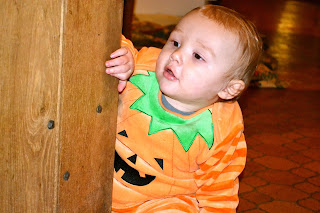 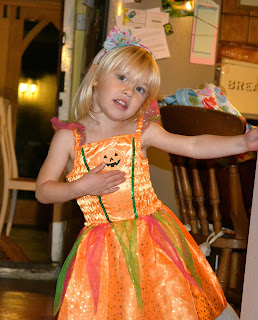 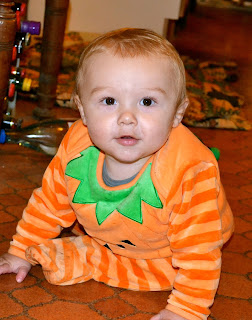 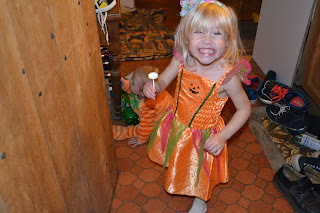