I can't Hear you Mummy?

It feels as if i am living at Hospitals at the moment the amount of appointments we get for the little people. i don't mean to sound as though i'm moaning, I'm more than happy to spend hours & hours in hospitals for my little people. just sometimes wish i didn't spend as much as i do there.
Update today is Emilyn's Hearing. Just checking she can hear OK considering how poor her speech is. I think they just want to rule out if she is hard at hearing...
You can Catch up here on Emilyn's story - HERE
18th February 2013 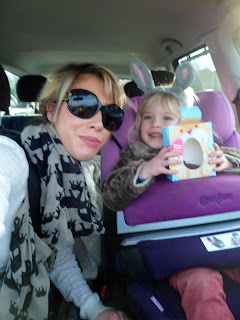 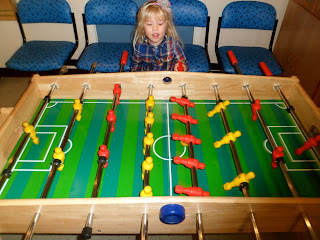 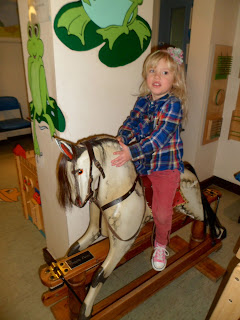 We got to the hospital early so had a little play whilst we waited. I had mixed feelings about her hearing test..I mean i was fairly confident she would be fine but i was confident that her eyes would be fine so who knows?

When we were called in to the room Emilyn was fabulous she done exactly whatthe doctor asked.
She had to sit on a chair & the Doctor looks in her ears & then asked if she could find any fairies in there... Emilyn said that she did infact have fairies in her ears & they were fast asleep. so the doctor wouldn't be able to find them.
After lots of prodding & poking the Doctor asked Emilyn to sit on the chair with a table in front of her.
They then played a boat game with People falling out of the boat & every time Emilyn heard a whistle she had to put a person back in the boat.

Brilliantly Emilyn passed all with flying colours Thank goodness. Her hearing is perfect.

Now to wait till the end of March for her eye test.