Hugo is 14 months old.
We seem to be spending it in bed... We are all very poorly. Hugo has the Respiratory Viral Infection back & I think I may have it too. Its been a tough few weeks & seems to be one thing after another. Poor thing.. after he had the sickness bug two weeks ago he then kept vomiting every night for the week after & now he's back on his inhalers.

hey going back to Hugo being 14months old. WHERE HAS THIS TIME GONE? it seems like yesterday i was coming home from the hospital with him.

& of course he still isn't walking. Now cue; people ask 'how old is he?' '14Months' i reply. 'Oh so he's walking then...'  i then carry on to explain no & they go into this giant speech about how he must be a lazy boy blah blah blah... I have given up explaining his Talipes to new random people now. I think of it as a need to no basis more than anything. 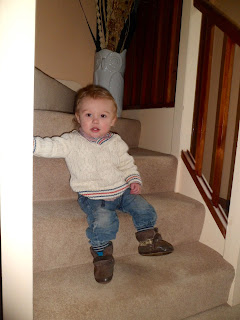 I think we are trundling on well though - he had his 1 year check up last week & the health visitor was very happy with him. He's trying to speak & gets his point across.
He is crawling VERY well & can climb over everything (typical boy?) 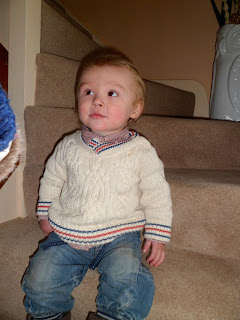 I have no concerns about his walking I know he will get there once he is ready. & in the meantime i am enjoying keeping him as 'babyish' as i can. We are still practising standing but not much more improvement yet.
we are back at the Hospital end of this month so i'll be able to update more about his over correction. 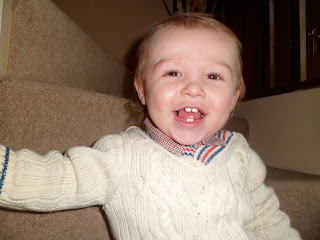 He can Tantrum like a BOSS though. oh my goodness i thought terrible twos started at 2? apparently not... Its difficult at times to try & control a tantrum whilst he's got his boots & bar on. can i say ouch? crazy.