To who ever posted my daughters postcard from Italy I thank you :

In July I visited Italy (Child Free) you've no doubt seen somewhere about my trip I was a little ecstatic to have a holiday where I was just myself. I spent an evening writing my postcards, I have no idea why but I struggle to concentrate to write postcards so after writing two I left Emilyns to do the following morning at breakfast time. I had already popped the stamps on though.

Moving on 24 hours -  I spent time writing E's postcard over breakfast.... Gave it to my Mother to which we then *think* she put them in the wrong compartment of her suitcase & then it fell on the floor. All three postcards were in the yellow bag prominently showing they are postcards.

Later on when I went to post them they were nowhere to be seen. I was so sad, I had spent like €8 or something on stamps & cards.

I re-done them when we arrived in Venice... But strangely thought I hope someone see's them and posts them for me, especially as two of them said "Love Mummy" perhaps a kind stranger would see them... 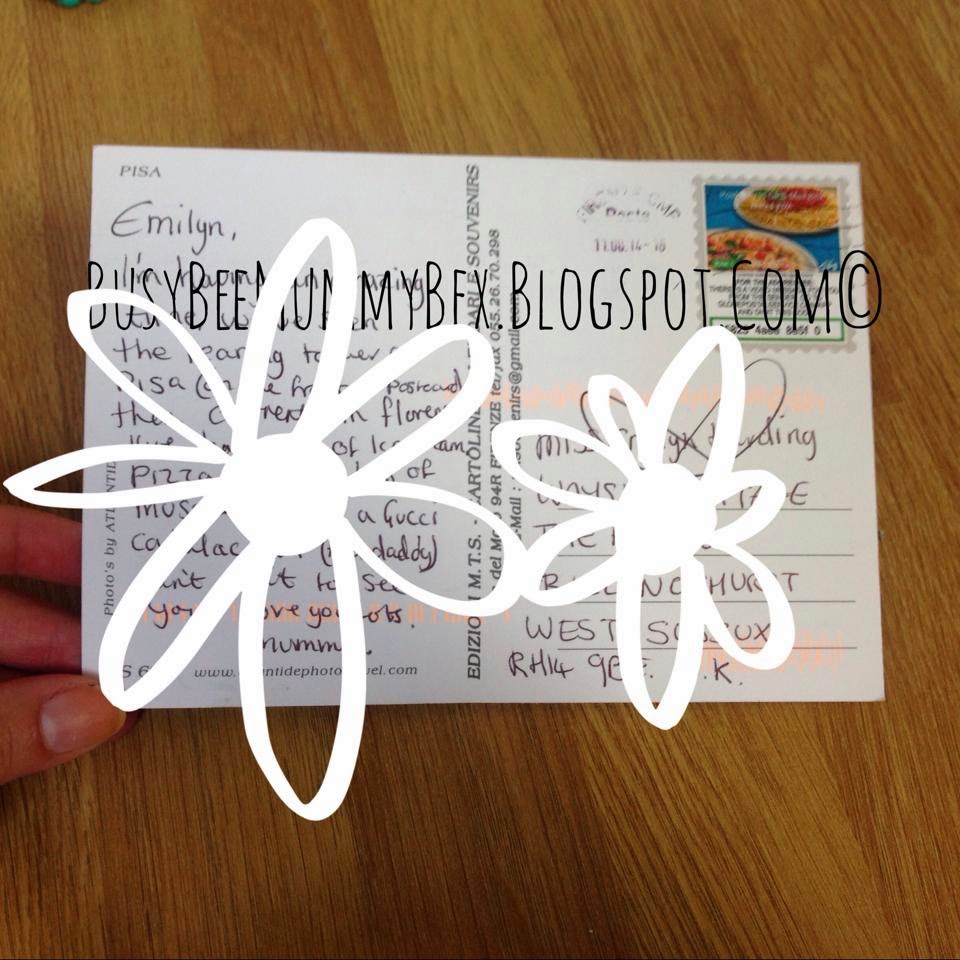 Arriving home yesterday to be greeted by one of the postcards I had *LOST* was amazing.
So I thank you to the person who posted my postcards I really wish I could thank you in person. 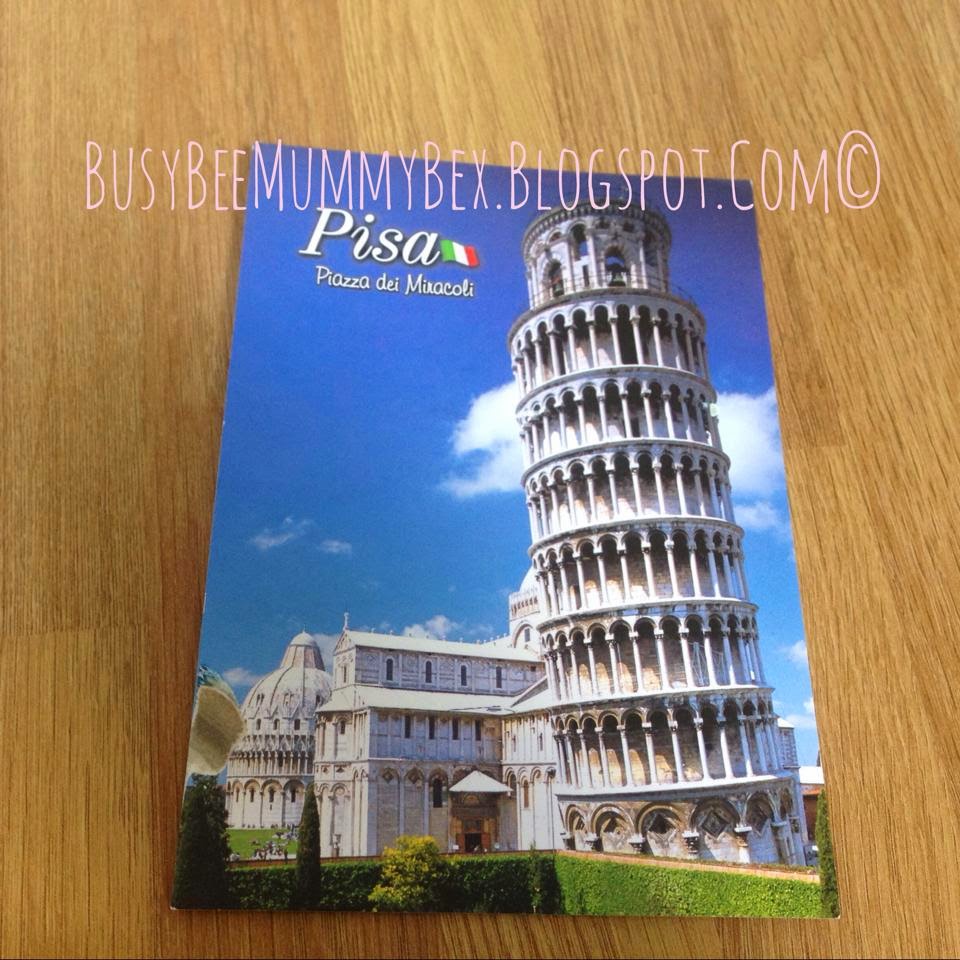 Cupcake Mumma (Hannah) was the other person I sent a postcard too you'll have to let me know if yours has arrived... (the one I lost not the new one I sent you)Hugo's hasn't yet but I hope its on it's way to the UK too.