New ADM's HE SLEEPS whilst wearing his boots. Talipes

This most definitely isn't a 'April fools' we have had two lovely nights of Hugo sleeping. Sleeping whilst wearing his ADM boots. I feel like a huge weight has been lifted.
Night one went something like this :
Putting his boots on - "these are lovely Mumma, so comfy." AMAZING. He went to bed really well & woke up a few times due to his asthma & needing a wee but he didn't complain about his boots. He went back to sleep. He woke up in the morning & for the first time ever he didn't demand his boots off first thing. I certainly wasn't going to tell him to take them off. Every hour makes a difference & with him hating past boots and bar as much as he has now he likes a pair of boots I want him to wear them.
I never thought I'd see the day that he would happily wear his boots. I know I try to be positive but it was always such a fight. 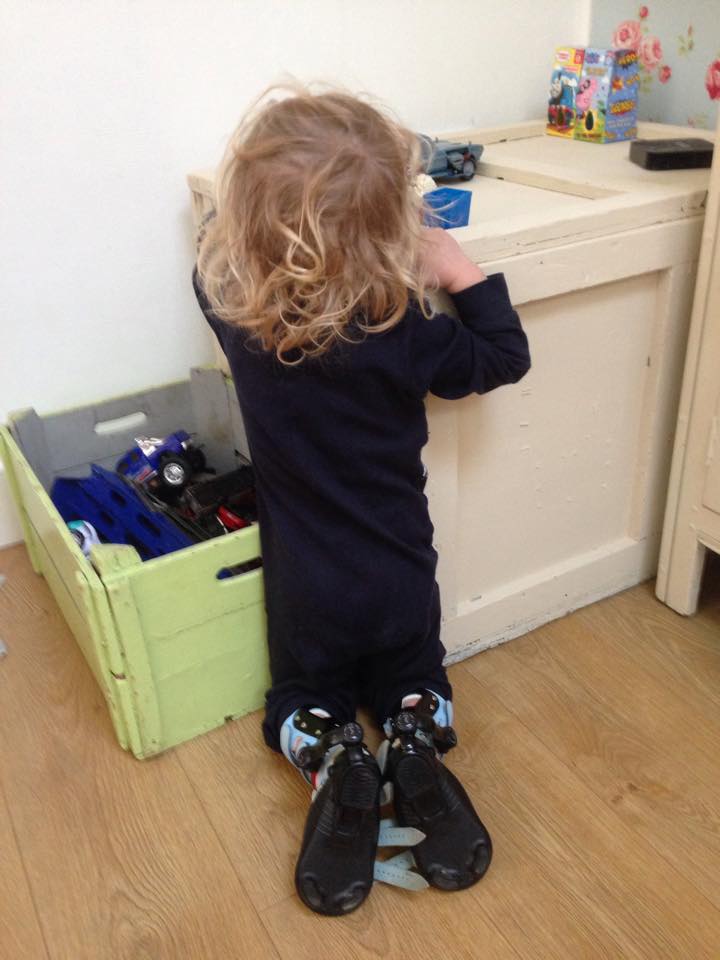 Night two :
Boots on, Hugo's smiling!!. He woke up around 10:30pm demanding his boots off, but because the night before he slept all night with no qualms I stayed strong & positive for Hugo's sake. I wasn't allowing him to have his boots off. I'm sure it was more habit than anything else, So after a 15minute screaming fit he calmed down & went back to sleep. He then slept all night with the odd wake up asking for his water.
Woke up this morning very happy & got out of bed played with his cars, ate his breakfast then about 8:30am he asked if he could take his boots off. YAY! 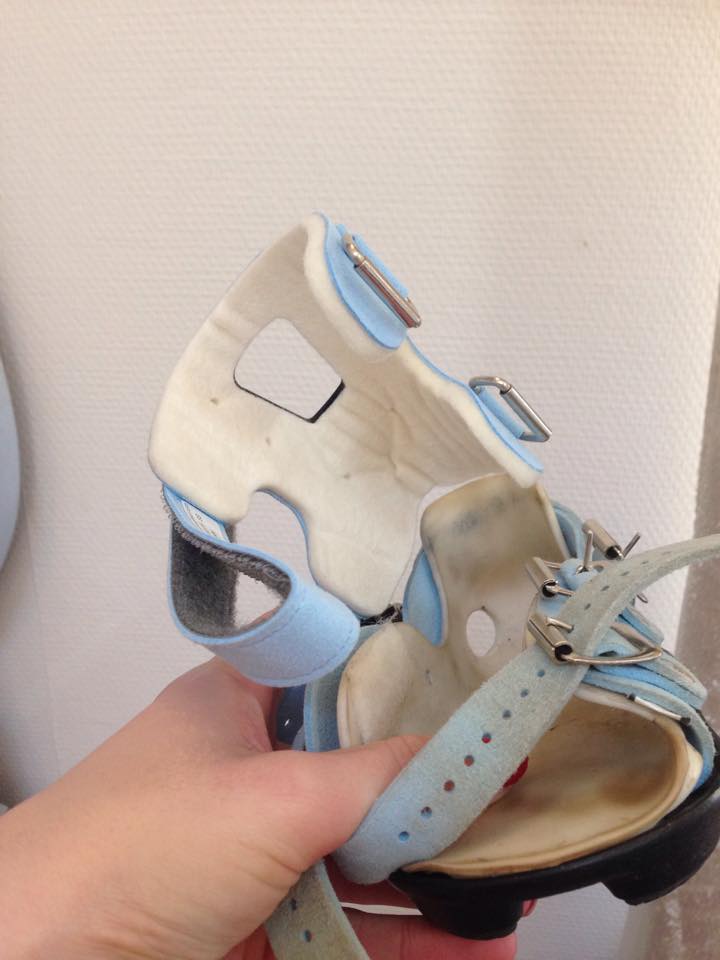 The new ADM's all the extra padding. 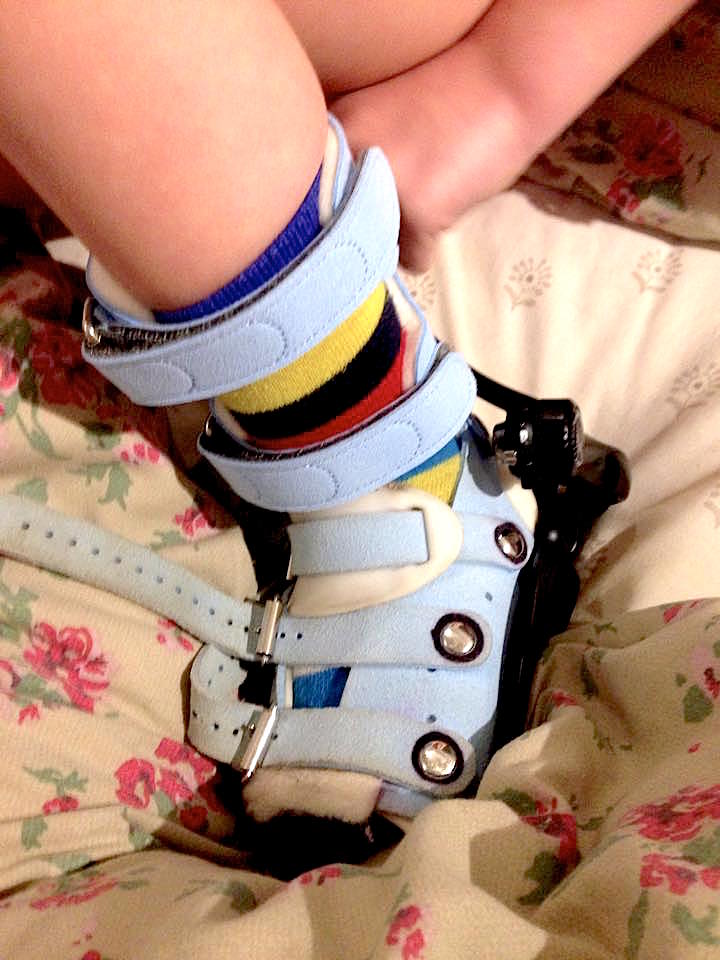 I think the ADM's breaking was a bit of a blessing in disguise really.