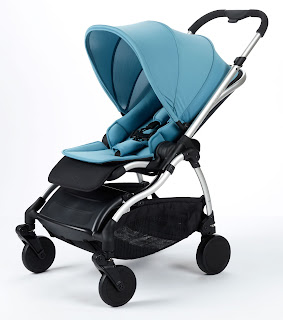 This week iCandy have pledged their award-winning pushchair, the Raspberry to three UK airports in an attempt to support families returning from Sharm el Sheikh. The agreement to send pushchairs to UK airports was reached with UK airline and tour operator, Monarch in response to baggage restrictions effecting customers travelling back from Sharm el Sheikh to the UK.
Currently, Britons returning from the Egyptian resort are restricted to hand baggage only on board repatriation flights. This means that many parents travelling with babies and toddlers are having to leave their pushchairs behind until hold luggage can be shipped to the UK separately.
In an effort to aid returning Britons to pass through the airport as comfortably and quickly as possible, a number of Raspberry’s have been delivered to Gatwick, Birmingham and Manchester airports. As a proud British brand and family business, iCandy are eager to help those in need of transportation for their children. They have sent out the pushchairs free of charge, seeing it as their duty to support as many parents as possible who require transportation for their young children.
The reason behind iCandy selecting their Raspberry pushchair is due to its lightweight nature and ease of fold, which will ensure families can get through the airport and back home as soon as possible.
Monarch said “As it’s outside of school holidays we had a number of customers travelling with small children who have had to make the journey home without their pushchairs.  Although this is a temporary situation we wanted to ensure that customers arriving back in the UK from Sharm El Sheikh were able to pass through the airport and continue their onwards journey as easy as possible.  We’d like to extend our thanks and appreciation to iCandy to supplying the Raspberry pushchairs.”