The boots and bar battle continues 4 years on.... Talipes 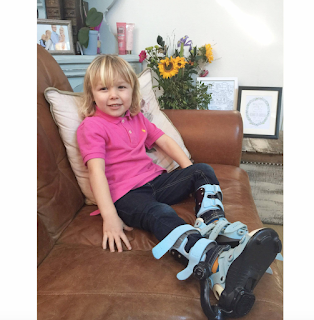 I feel like screaming. A bit like H does each night when I'm chasing him to get his boots on.
I thought by now it'd be easier, however seemingly not so.
Since his last boots broke, they sent a stringer spring for him as his feet need more support.
But he just can't tolerate them for any long length of time.
We've been trying to make up the hours in the day but even that isn't going well.
His poor little feet are sore & bruised, he cries & cries & cries till he takes them back off again.
We have physio Thursday morning & I'm so worried about how his feet are doing.
I'm not sure what will happen next?
His feet had started regressing at the last appointment....
Fingers crossed. 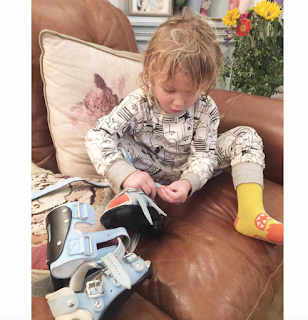 He will happily put them on himself - of course he doesn't put them on tight enough....
I always panic the first few days before his appointments....