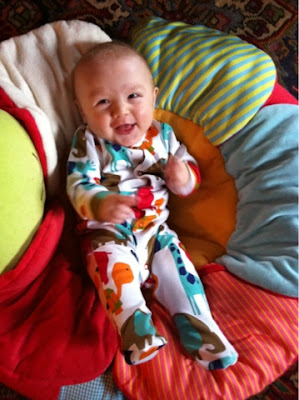 Today is the day, the day i have been looking forwards to for such a long time.
The Day Hugo goes down to just 14 hours at night in his Boots & Bars But also the day we had his tongue appointment, if you have read my blog in the past Hugo was born with a tongue tie but it wasn't picked up on & i had to go to the Health Visitor & Doctors getting passed from pillar to post just to be referred to our local hospital.
The excitement building up for today regarding Hugos Boots & Bars it was like a itch i couldn't quite get to I physically couldn't wait to get the BnB off him & get him in his new babygro... The thing is i am so used to him being in his BnB I've managed to breastfeed him well, change his nappy well its a shock to have his feet free its difficult to change his nappy in the hospital earlier i struggled to feed him i couldn't quite get him comfy it all feels like a major let down I have got to re-learn everything all over again but then still at night time feed him with his boots on.
On top of my mixed emotions with his Boots we then still haven't had his tongue cut - I had worked myself up for the last week about today. Been told "horror story's" from Health Visitor that after its been cut he may not be able to feed from me again & hes now refusing bottles of expressed milk too. Also the fact that hes now 4 months old so hes much more "with it" than a newborn would of been so another stress on my mind, Our consultant agrees he has a bad tongue tie & has now referred us to St George's Tooting to see another consultant so hes in the best hands. I was so ready for it all to happen today its just a huge let down. 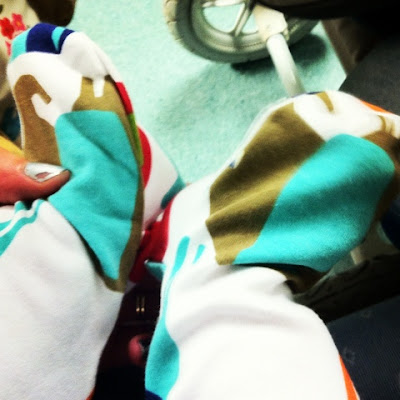