A romantic meal in Hospital

Shall I start from the very beginning? Hugo has been poorly for over a month now since before he got whisked into Hospital last month (February) all chesty related. With a few vomiting bugs thrown in for good measure... We've had a time of it. We've had two weeks of Hugo being reasonably ok in the day until about 9pm when out of no where he will projectile vomit everywhere... Watching a 14month old being sick is horrendous honestly he has no idea what's going on. I had him weighed 2weeks ago & he's gone from 10kg to 9.60kg & Saturday night the Hospital weighed him at just 9.14kg back to 20lbs he weighed this when he was 9months old!...oh I haven't explained our latest hospital visit.
So you know we celebrated our anniversary this weekend Mic had booked Chessington Safari park & Hotel for the weekend; granted I was still poorly but I stocked up on medicine & off we went.
We had a wonderful day saw Lions, Tigers, sea-lions, Zebras... You get the gist. About 3pm Emilyn came down with the bug Hugo & I was just getting over she was freezing so we decided to check into our Hotel room & chill for abit.
Well the 'chilling' was short lived & within an hour Emilyn had a temperature of 39... Hugo had then had a dirty nappy I changed it then we played with his cars...until he had another dirty nappy...
His nappy was full of blood & poop.. Blood! Here we go into panic mode. Mic rang his mum for advice then we rang NHS direct & they suggested we take him to the local Hospital. Cue me bursting into tears. I'm so tired so so so tired of my babies being poorly. I of course would do anything for them I'd sit in hospital for days for them. But I am still poorly myself I've not slept in however many days & I was hoping for a nice weekend away with my family.
We arrived at Epsom Hospital quickly & got seen right away by the nurse ; I had to get a poo sample from his nappy. They took his obs then we had a 2hour wait to see the Doctor.
Hugo has a big bruise on his head from head butting the cot- I knew we would get asked time & time again how he got it..& we did.
Hugo had lots of bloods taken * one of the worst experiences to date: we had 4 grown adults holding him down he's a s strong little guy so strong that he broke the bowl that was in between his legs trying to catch some pee...
Unfortunately they couldn't use that blood either as it had clotted so we had to re experience it all over again. I was dreading it.
As well as them testing him to see why he's bleeding they also picked up on his bad chest so they gave him a nebuliser once again what an awful experience. The nurse helped me give it to him.
He kicked cried screamed whilst having the nebuliser I looked over to a few doctors looking at him & I almost burst in to tears myself. Trying to hold myself together was hardwork.
The first nebuliser didn't seem to help at all so an hour later we had to go through it all over again a much stronger one this time. This time Mic & I done it together again he screamed this time the nebuliser seemed to last forever.


Whilst this was all going on Emilyn was sat in the buggy being perfect absolutely perfect! She had a high temperature & felt awful but she was a star.


It was that time again for more bloods to be taken again we needed 4 of us to hold him to keep him still this time the Doctor wanted to put a canuler In incase he needed more bloods taken & antibiotics it took what seemed hours but probably about 20minutes finally Hugo had a pee in the pot too ! That had taken hours!
He was then taken for his chest/tummy X-ray Mic tool him whilst I sat with Emilyn I felt so helpless being away from him heartbreaking hearing him cry when I can't get to him...

We got back most of the results that all seemed clear this is good news obviously. But I am feeling so lost.
I'm typing this on my iPad whilst I have both little people asleep on me at 9:25 am
The Doctor said he needs antibiotics so we are back seeing them later today.

They aren't sure what caused the bleeding but if it happens again we have got to go straight back. I just want poorly babies :(
Happy anniversary weekend & Happy Mothers Day I spent it with two poorly babies. 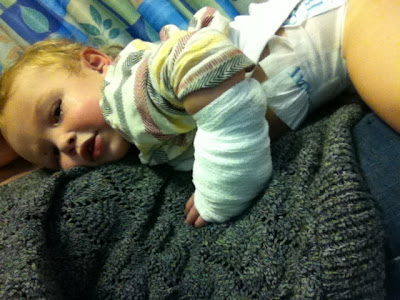 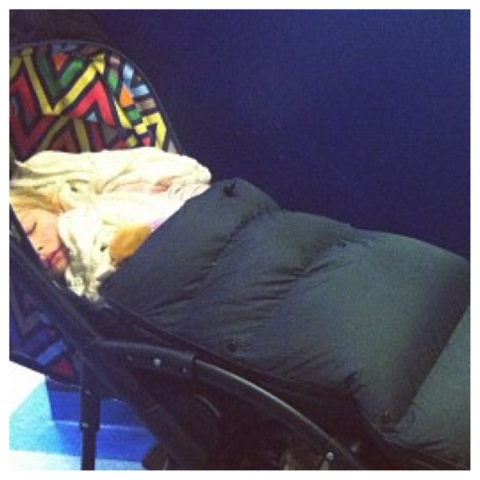