Today Hugo is back in Hospital he was admitted early afternoon after I took him to a&e, all morning he was just so lifeless & wheezing to high heavens, my mother inlaw phoned to see how he was after the weekends antics at Epsom A&E...she could hear him wheezing through the phone so said it would be best to take him up to be checked.
Hugo was given Antibiotics & steroids yesterday & the Doctor seemed concerned then but reassured me that if he deteriorates to take him up to the Hospital.
So here we have my predicament ; Hugo needs to be seen by a Doctor. But Emilyn has a temp & also so lifeless she was sick last night & just wants mummy cuddles so what on earth do I do? Times like this I wish I could cut myself on half!
I had hoped Mic may of been able to get out of work to sit at home with her but that was unrealistic as he had all of last week off being poorly himself.
Fortunately my Mum helped but had to take Emilyn with her to a few meetings not the most ideal but hey Hugo needed to get to hospital & I didn't want to keep Emilyn with us again with her being so poorly.
I think mum only managed one or two meetings before taking Emilyn back home as she was just not up to it she watched Toy story & fell asleep all afternoon. She would keep waking & asking for her water & mummy & daddy.
As I sat with Hugo in the hospital waiting for his X-ray all I could think was my poor Emilyn being home without me. Why is being a mummy so damn tough sometimes?

I really had hoped coming to the hospital was a false alarm... But as his Oxygen levels kept creeping lower & lower even whilst pumping him full of oxygen & still kept dropping I knew then that it would be a long day in hospital.
The X-ray came back abnormal poor Hugo has Bronchiolitis plus he seems to be rally on with another viral wheeze too... He's a poorly soldier & we won't be home tonight.
I popped home to grab some clothes & bits & pieces whilst my mother inlaw stayed with Hugo. I needed that fresh air & a small break to breath...
I saw Emilyn all cuddled up in bed I just wanted to cuddle her & never let go.

I hope when she wakes in the morning she isn't too distressed that I'm not there. She's only little & I no when I'm poorly as an adult all I want is my mummy. I feel so horrible not being there for her.
Today has been a tough day emotional physically draining.

But I am learning to be a stronger mummy. The things we do for our children is amazing. I just wish my two babies weren't poorly at the same time.
I never thought I would be writing a blog in a hospital next to my sleeping boy in his cot. But hey this is what was thrown at me today... 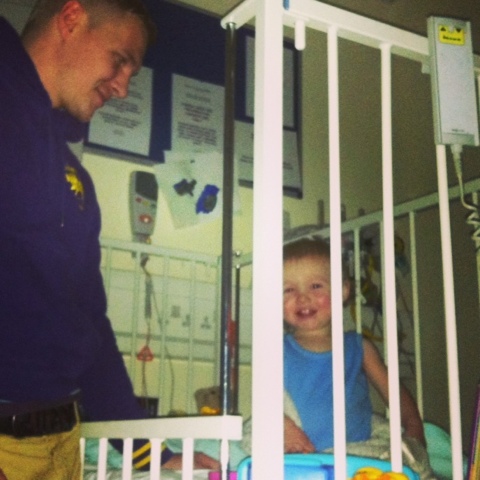 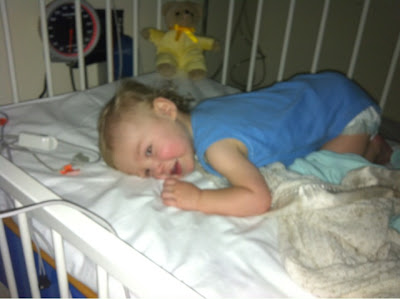 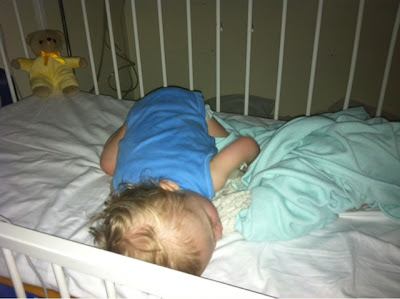