Hugo took his first wobbly steps today... 4 on his own then fell, then another 4... So 8 steps altogether. We are staying with my Gran in Norfolk for the week, the weather has been lovely for once so we've been in the garden everyday. The grass is perfect to practice walking on his knees don't get too bruised from the grass compared to stone floor at home...
It may not be a massive deal to some. But for Hugo it's a pretty big deal, he's 15 months old & was born with Bilateral Talipes. Although no one can be sure his later walking has any thing todo with talipes he may just be being a lazy boy but his older sister walked at 11months ...(I'm not comparing them honest)
I'm really not but it does make me think - if he wasn't born with talipes would he be walking or running around? His legs are definitely not as strong as other babies he wouldn't bare any weight on them until 9ish Months old.
He has got Talipes so I shouldn't really think 'what if' I suppose...

We are back at the Physio for his 3montjly check up in two weeks time, they ideally wanted him walking to see how his Hyper-mobility was & how his Over correction & his sticky out hip was.
When I saw him take his first wobbly steps today I was over the moon literally beaming with motherly Pride.. But my heart also sank at the same time. It's hard to explain.
He walked he has done it! But he was like jelly. His hip made his leg walk side ways.
He didn't seem strong enough.
Again again I'm sorry for 'comparing' just Emilyn's first steps were much more structured she had amazing balance...she was ready to walk.

This has really niggled me. His over correction is still even now very visible, I wish his next appointment was this week to stop me from the niggling worry I will live with for the next few weeks.

Fingers crossed for good news from his next appointment. 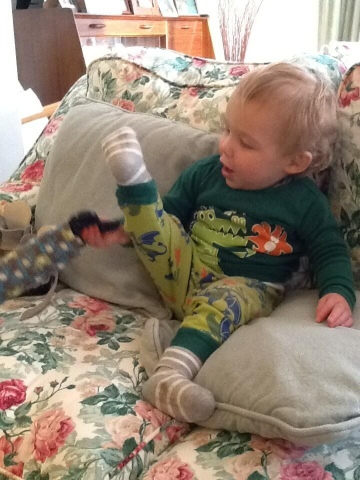 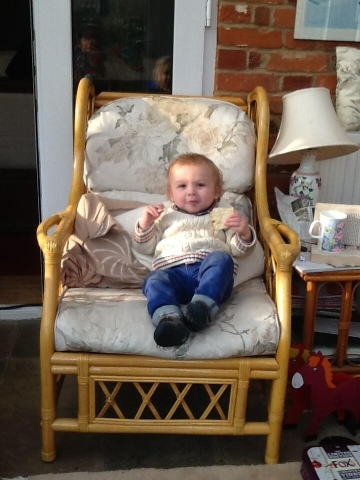 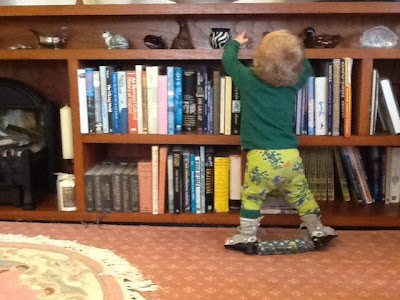