The boots and bar journey continues. 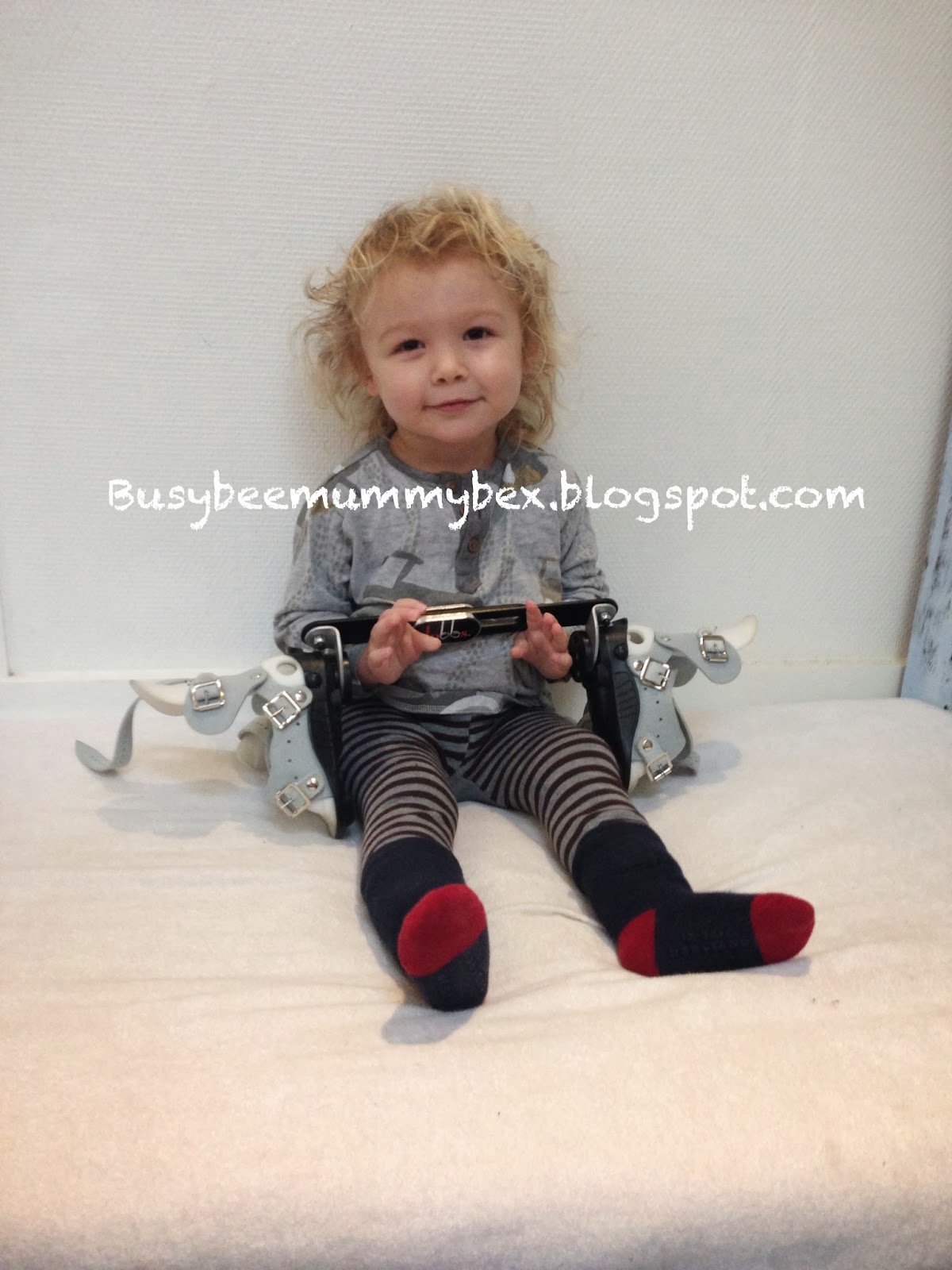 Hugo is now 2 years old. For the past what; 6 months boots and bar have been a struggle. Every night we seem to get into a fight to get his boots and bar on.
The positivity is there but its dwindling away little by little night by night.
I dread night time. However once he's wearing his boots and bar now I do settle him quite quickly. He must be exhausted.
Last night the tantrums started at 8pm & I gave in took his boots and bar off by 10:30pm .... I again I needed SLEEP. The tantrums are out of this world.
Once I took them off he goes back to sleep.
last week we did manage most of the week wearing them. He would demand I take them off him at about 5:30am. Should be 6am... so he done well.
I think the Dobbs bar has improved his sleep. But you know as well as i know he would be a much better sleeper without the boots on.
If his feet was to relapse I would solely blame myself.
It would be horrendous.
The beginning of the dobbs bar was hard to comment as Hugo had an awful cold bad chest & that awful temperature, I just couldn't see if the boost and bar was in fault or him being poorly.
We are back at the physio is two weeks...
I feel like I should just give up moaning... I hate moaning.