We've had a breakthrough! An amazing breakthrough... Hugo seems to be coping a little bit better with his boots and bar.
Last night we did have a little aggro getting them on him however once they were on he didn't fight them! *Happy Face!*
Once he had been to sleep a little while (He's poorly at the moment) So not sleeping at all....
He woke up telling me his legs hurt & he wanted "bar off mummy"
Here we go again.
I thought no I need to stop giving in.
We've had a relapse scare with his feet - Got an appointment coming up.
You can see in the below pictures... 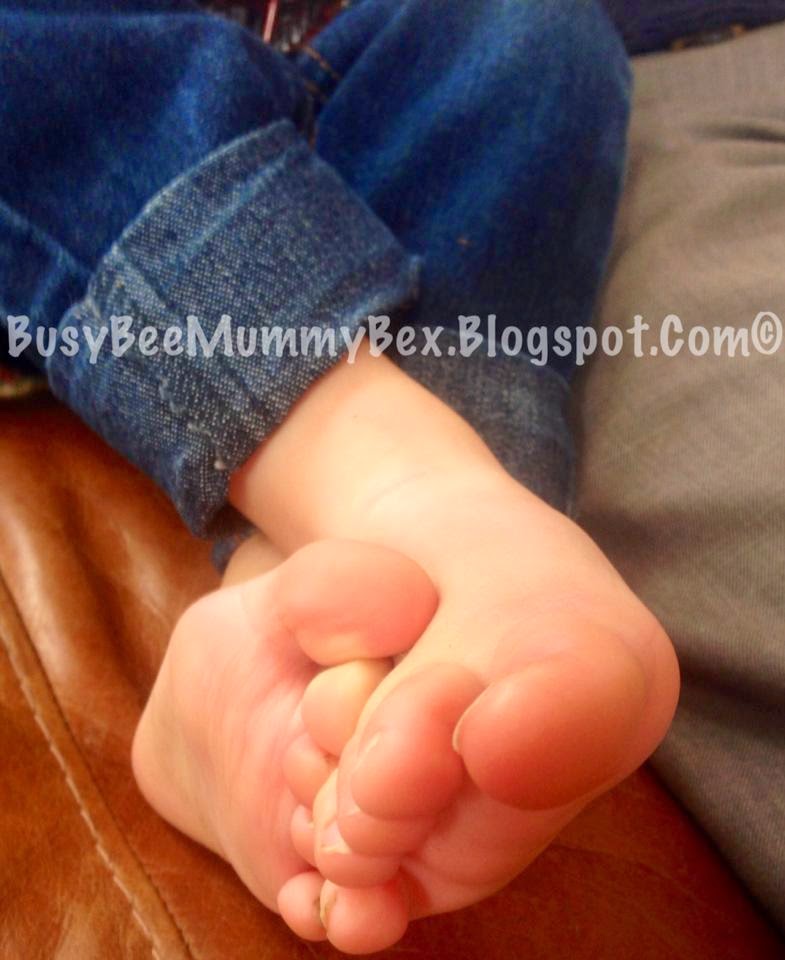 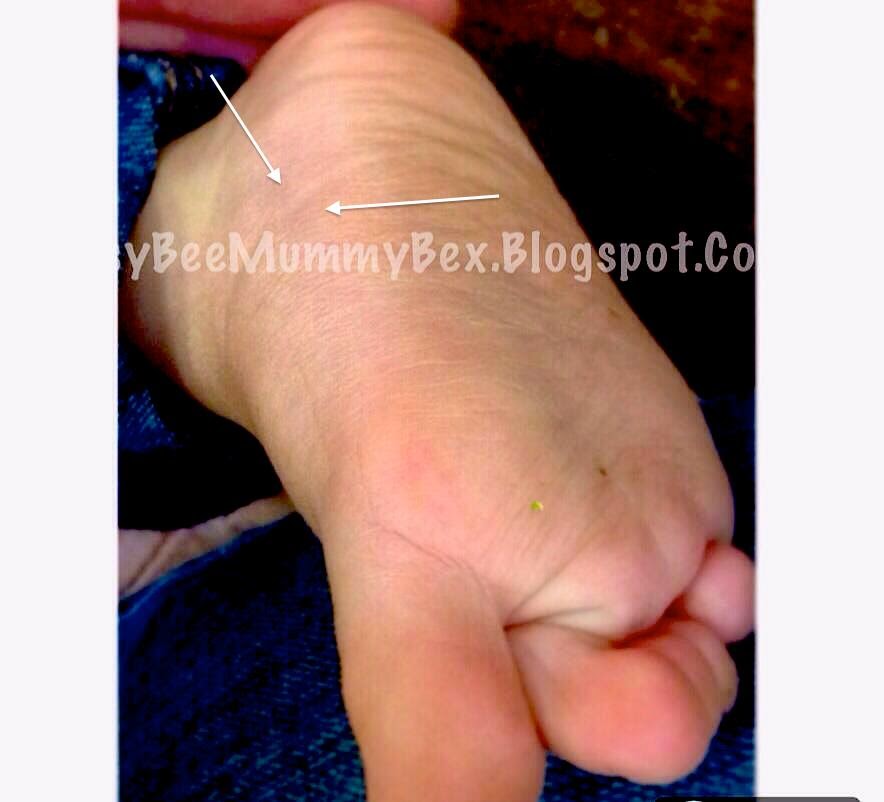 Anyways on a positive note : So Hugo started crying - obviously not positive .... asking for his Boots and bar off ... I instead of just giving in thought gosh I'm going to have to toughen up.
I decided to massage his legs & calm him down & amazingly IT WORKED he settled down & nodded off to sleep we managed to keep his boots on for the rest of the night.
So proud of him.
His right foot has really scarred me, when I noticed the crease I felt sick to the pitt of my stomach.
I've told our Physio so will wait & see what happens at our next appointment.
I've taken the DOBBS bar off him & changed him back to his ponseti bar.
You can see how happy & cheeky Hugo is wearing his boots and bar HERE