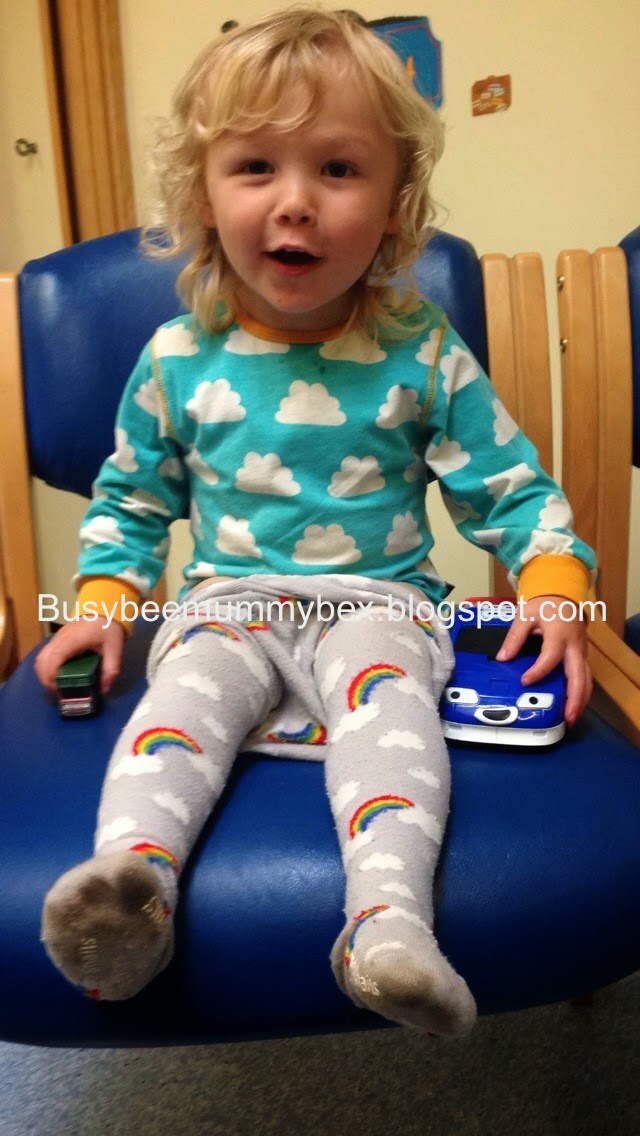 I am so behind with catching up with Hugo's foot appointments.
we went last week after completely forgetting his last one... I blogged about how worried I was about his right foot relapsing...You can check it out here

We arrived in good time & walked to the hospital stopping every couple of minutes to check out the ambulances. Of course.
We took the buggy but Hugo decided to use the buggy board I'm fearing he's growing out of the buggy rather quickly. We got to the waiting room Hugo went off to play with the cars as per usual.

Waiting, waiting, waiting & then a tiny new Happy Feet baby leaves the room being cuddled by his daddy he was having his casts change.
I get this lump in my throat I wish I treasured those moments more & stopped worrying.
I wish I took more photos.
I wish time didn't go so fast.
I miss his little curled up feet.

His physio asked us into the room & we were introduced to the tiny baby & his family - our physio introduced Hugo as the Boots and Bar king.

We went into the corridor & asked Hugo to run back & forth with duplo for fun... as we were doing this his physio was looking at his feet/legs

She had a good look & said they are looking good.
His Hypermobile leg has straightened up but is still out.
With his left leg being hyper mobile he can't control it as much as his normal leg meaning he may fall over more it gives way too much.

We then went back into the room & she had a good look at his feet stretching them - Hugo was amazing & didn't fight it like he has in the past...

We then discussed his right foot the foot I had been fearing for.

She could see the crease however it was looking better I told her I stopped using the dobbs bar as soon as I saw the crease & she said that I've done all the right things.
To keep an eye on his foot but it's looking better already.
Now to try & get Hugo to KEEP his boots and bar on.


We don't need to go back till August now...