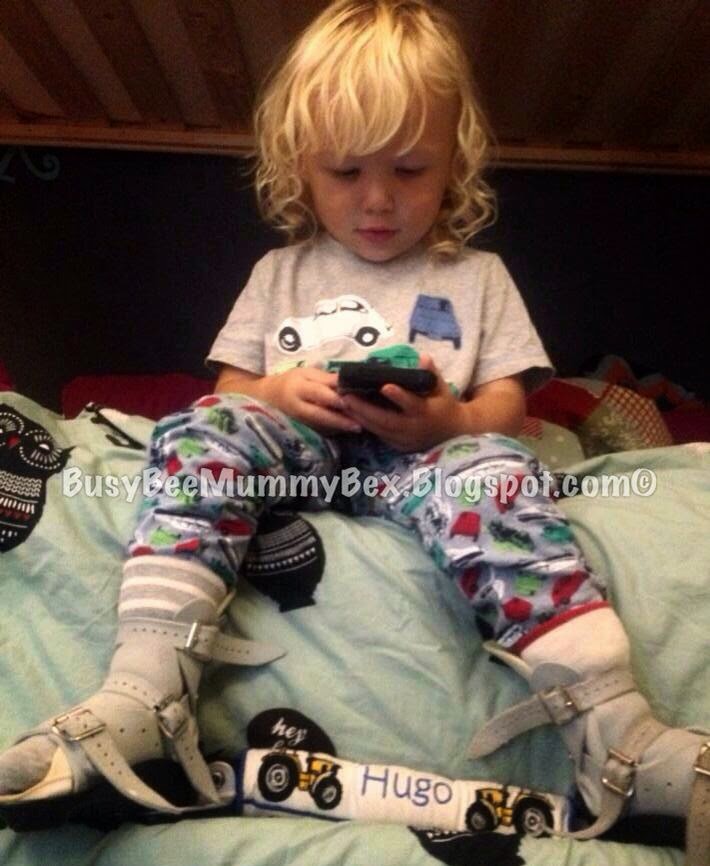 I don't know? Perhaps I was naive, but I just thought Hugo would one day accept that he has to wear his boots and bar.
I just thought he would understand.
Instead I am confronted each night to a 2 year old who screams & kicks & runs away the very second I mention the word 'boots & bar'
We thought we had cracked it with letting him watch football & fast cars on my phone when we need to get his boots and bar on - it worked... for a very short period of time. 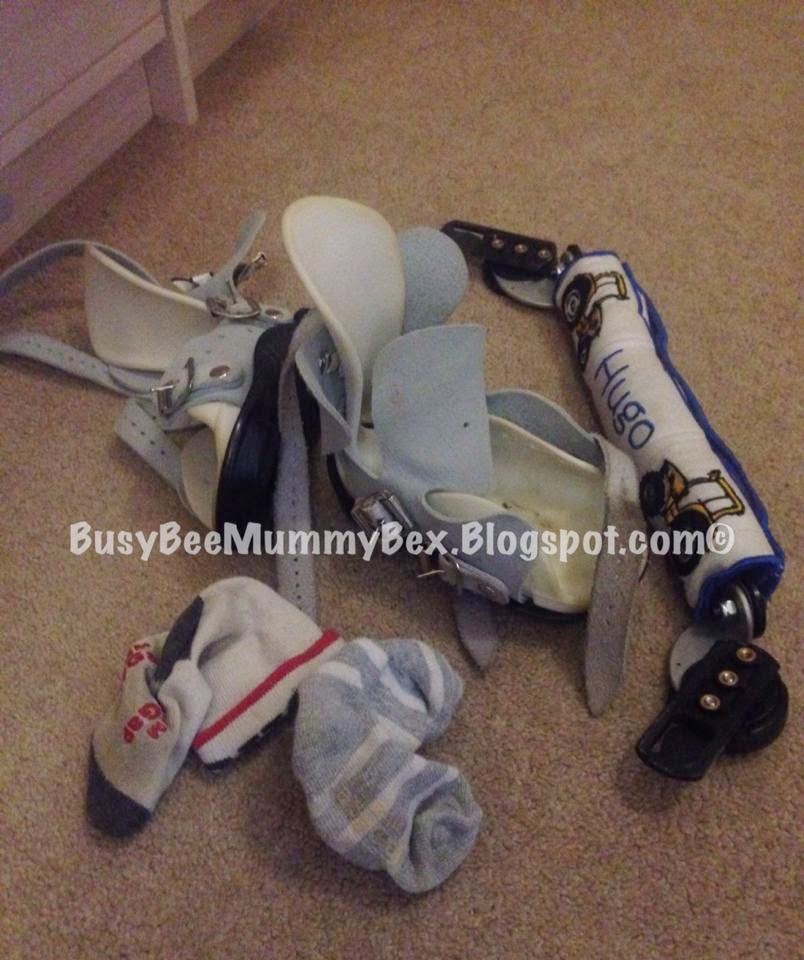 Also the whole thing with using electronic technology to help him isn't the best idea.
He would scream as soon as I told him 'right thats enough, bed time'

Even when he has his boots and bar on it doesn't take him long to "BAR OFF MUMMA"
Screaming at the top of his lungs. 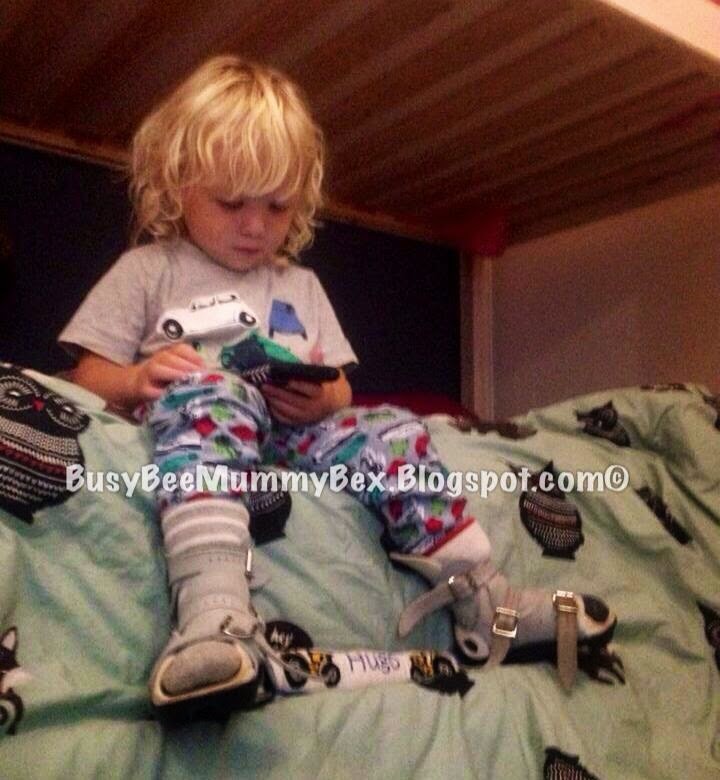 I ignored him & ignored but waking up every 20 minutes takes its toll.
I don't know what to do anymore...

I even tried bribery - "Hugo if you keep your boots and bar on all night for a week I'll buy you a new football."
he quieten downs for a few minutes then it all starts over again he's not happy & he's kicking screaming attacking whatever is in sight... He wants them off & he wants them off now. 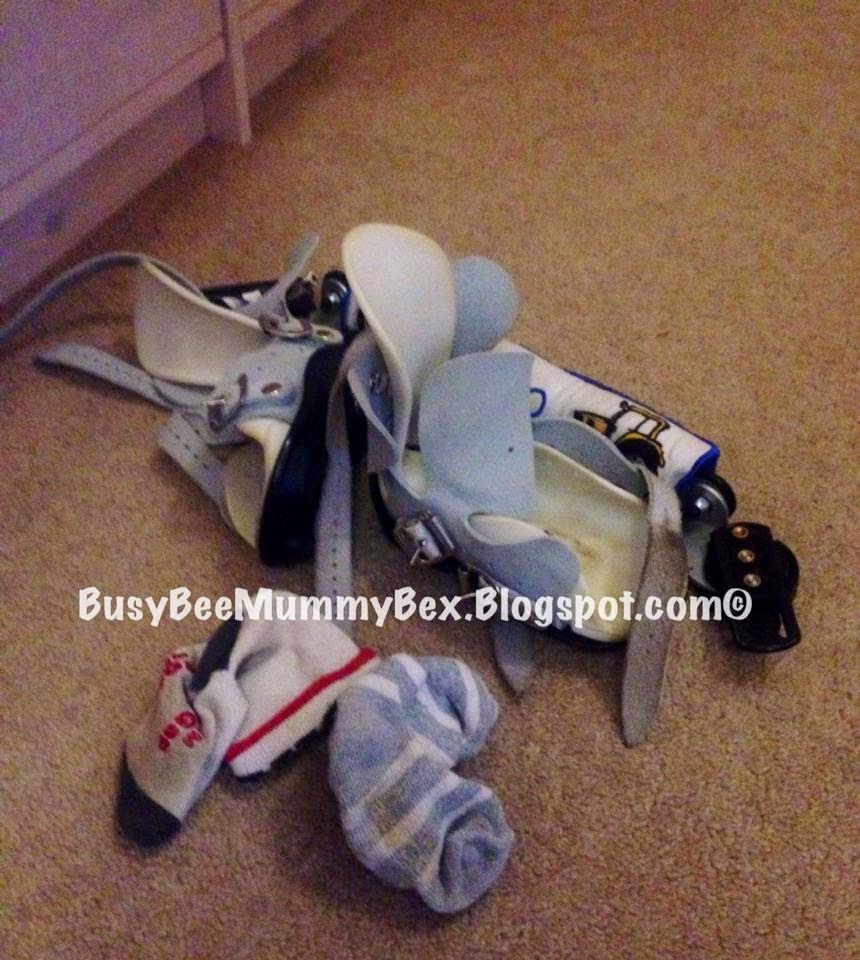 How long do I keep him screaming for?
I let him cry himself back to sleep (heart breaking) then within 20 minutes he's awake again pleading me once over. 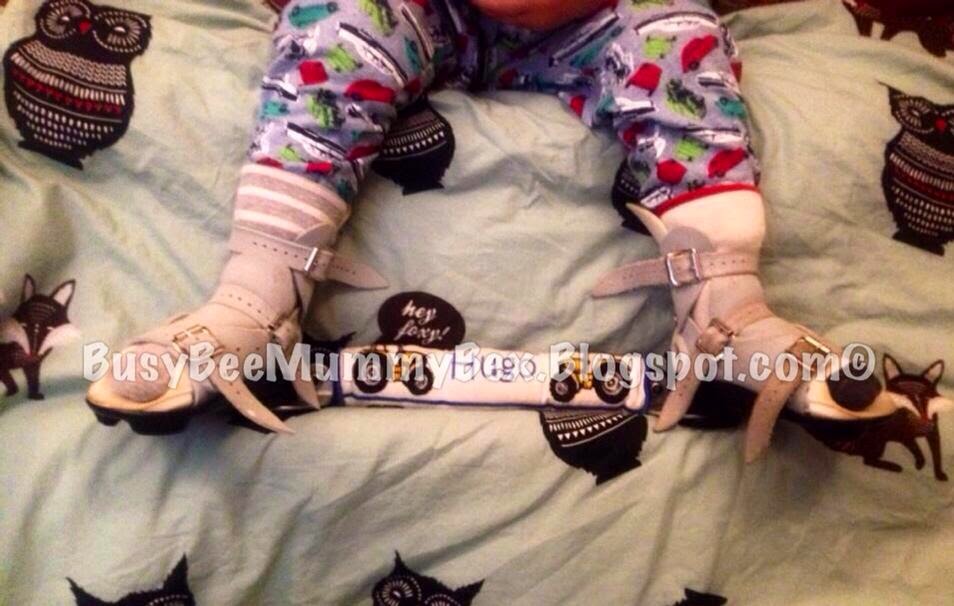 Back to see his physio tomorrow I feel like I'm at breaking point again. I.Need.Sleep.


I feel as though I've tried EVERYTHING...

Tell me the next 2 & half years isn't going to be the same as this????
Posted by busybeemummybex