WE have the new ADM boots... Night one : I wished for a miracle

So for weeks I have been awaiting the arrival phone call for Hugo's new ADM boots.
With them being on order I admit I had started being a little more slack about H's boots and bar.
Its exhausting spending all night re-putting them back on him after somehow he can remove them within a few minutes.
I usually hear a 'haha I done it...'
To me going in to find his little feet wriggling.
The ADM's have to be better they have to. They don't have a bar in between the feet however there is a bar along the foot. The back bit seemed to dig into the back of the leg too. This is what he was complaining about....

What C pro direct say about the ADM :
The ADM does not suffer from the complications of Denis Browne style boots and bars, there is no hip or knee rotation and it may be worn unilaterally.
As a night brace the ADM is convenient and comfortable for use, well tolerated by children and may be used to prevent clubfoot relapse in accordance with the Ponseti Method. For some cases it may also be used to manage clubfoot relapse.
The ADM permits full functional mobility and may be attached to normal footwear as a DAFO day brace to improve supinated equinovarus type gaits.

The ADM sounds perfect. We struggled with the boots and bar & Hugo's knee suffered (so he said) as he's hyper mobile too his left side would be in pain a lot.

Easy to say I really did have high hopes for this little boots.
I really thought our lives would change.
I know now I had unrealistic views & H is a very strong willed little boy.

Can you believe he is just 2 years 9 months old?
He got into bed last night & within minutes he has these boots off!!
ADM boots OFF!

I couldn't believe  it.
I then had to talk him back into putting them back on & explaining he must wear them.
Then they were back on & the crying screaming started but he eventually settled to sleep.

8:30pm he was awake pleading for them off. 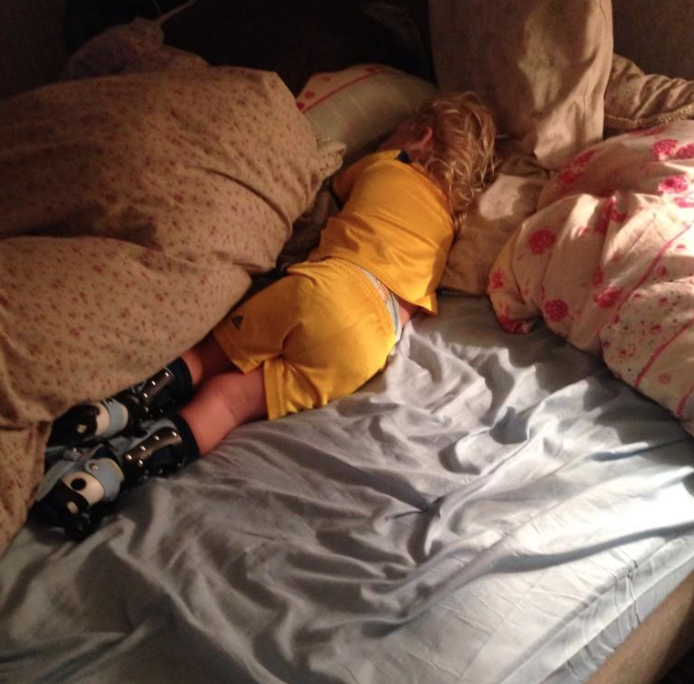 I got him in to bed with me at 9pm
He then went back to sleep.
9:30pm awake again till 12.
Screaming at me to take them off.
I really really wanted toe rand my ground to make sure he kept them on.
I told him stories about his new ADM boots. 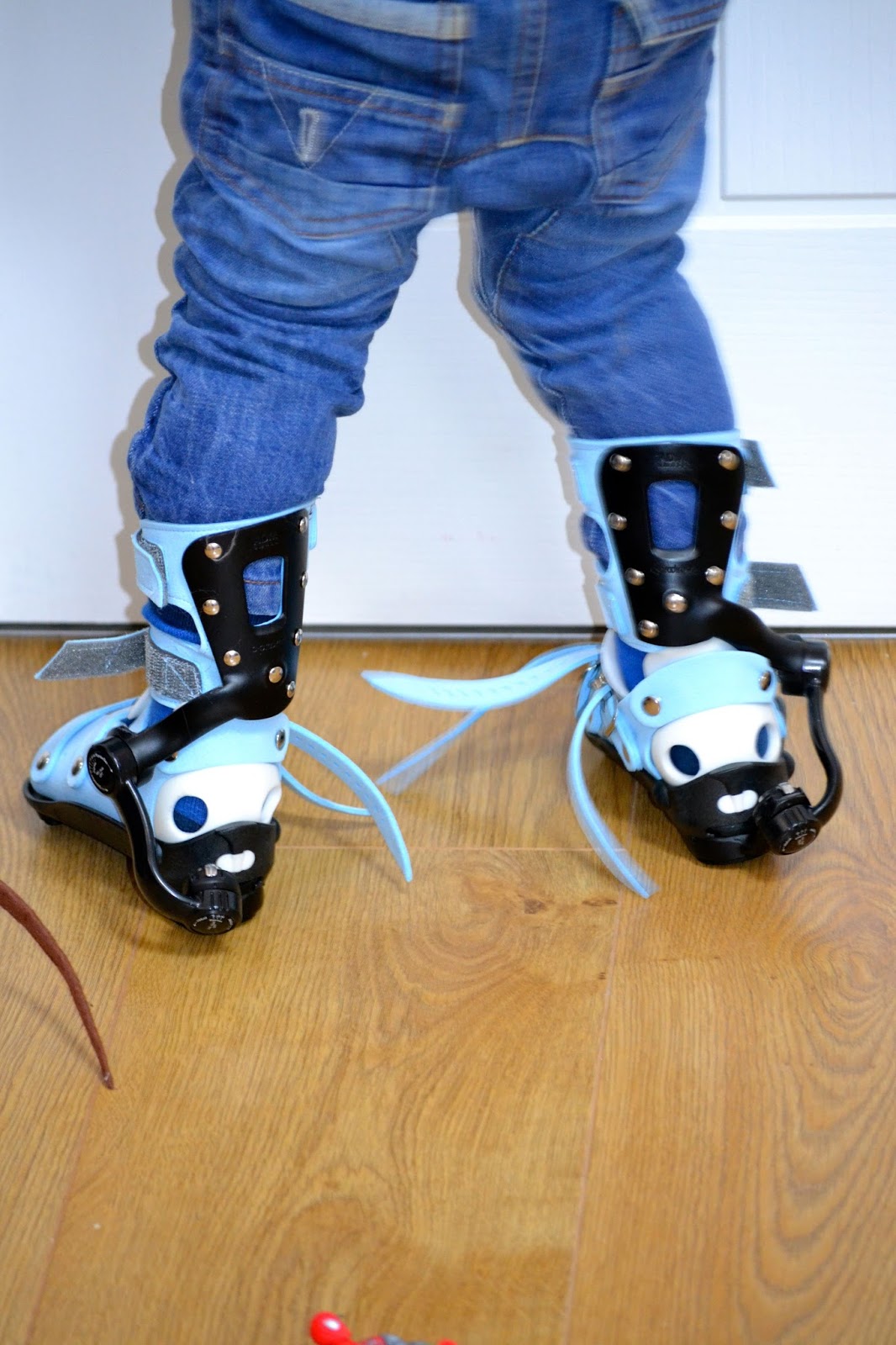 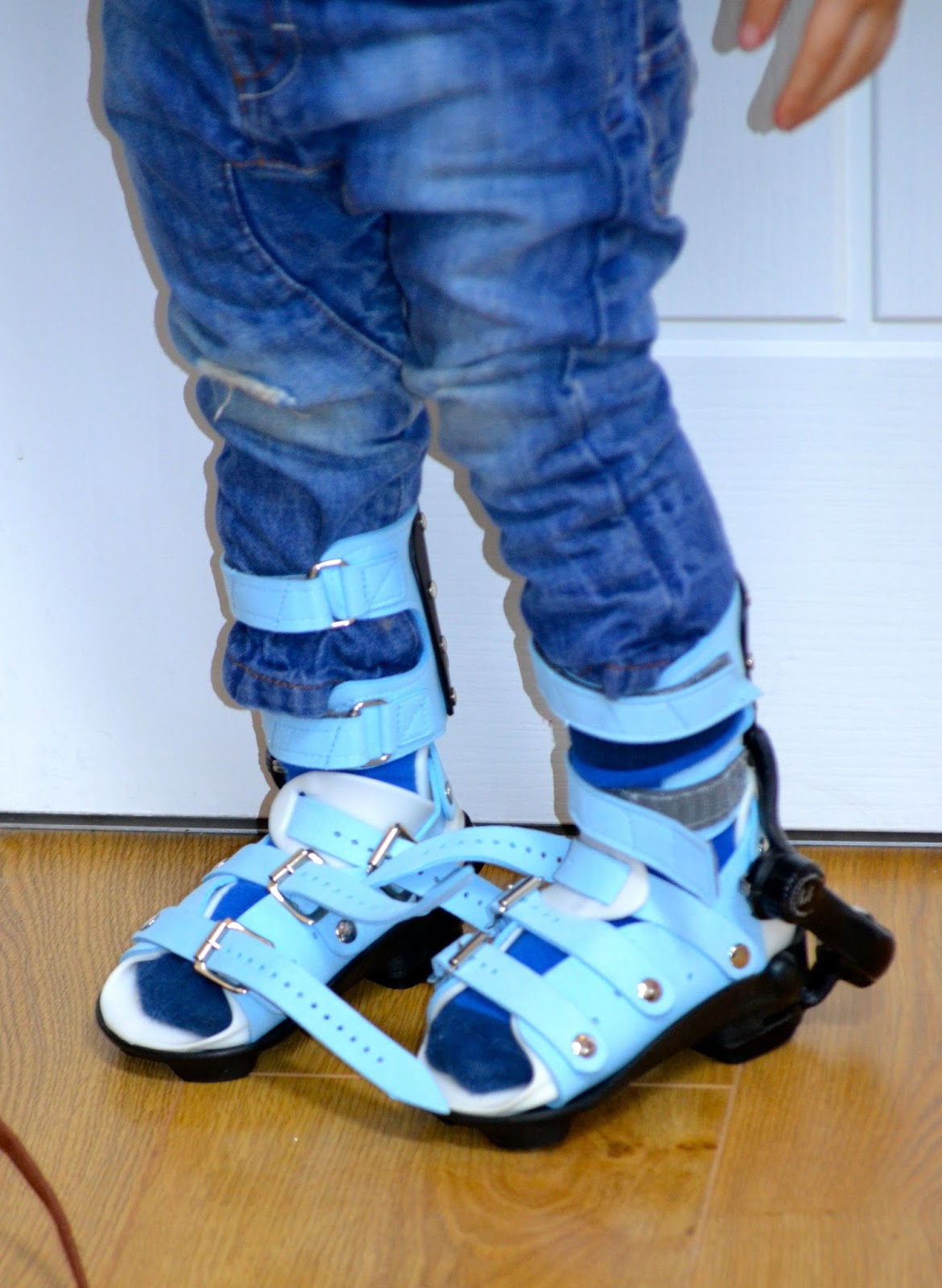 Saying they are
Rocket Boots so we can go to the moon, We can go up to the moon & eat it as of course its made from cheese. I said we press a little button on the side of the boot then the rockets come out the bottom & 3.2.1..... BLAST OFF WHOOOOOOOOSH up to the moon we go.

Then I said they were magic Racing car boots.
As soon as he wears them he's the best racer in the world.

magic farmer boots -
So he can drive big red Tractors & be the best farmer ever.

Magic football boots -
When he wears them he can play football like this favourite football player & never misses a goal.

I even said he could snap BUZZ LIGHTYEAR !! Matching boots!

The stories seemed to be helping but I was exhausted it was coming up to 11pm & he was crying on & off....


I couldn't talk to him all night, I had to get some sleep, I have a busy day to day & he has pre-school.

I'm not proud but yes I had to remove them I needed sleep. 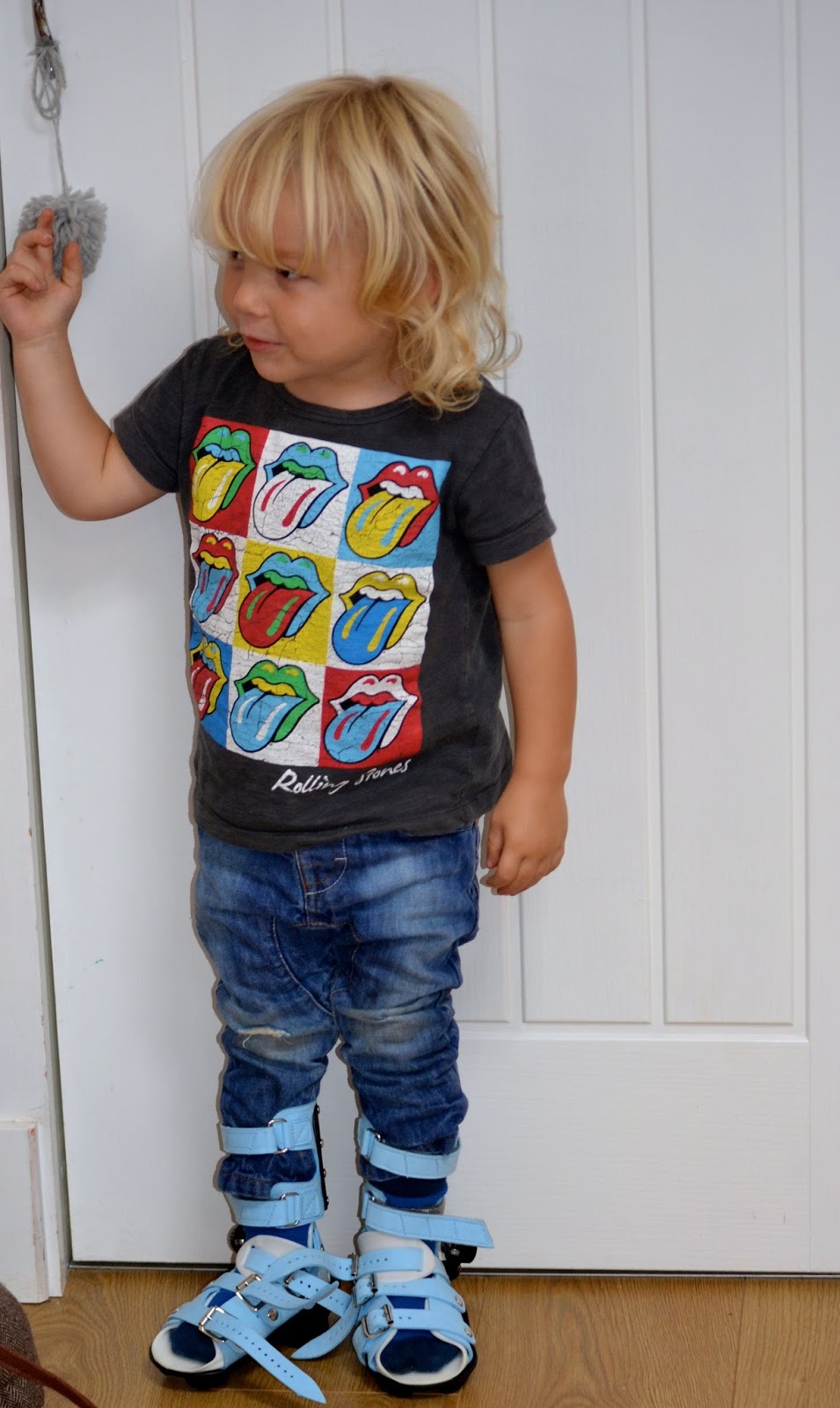 I'm not going to give up though, tonight I will try & try & try not to give in to not let hims creaming get to me, to not let his pleading pull at my heart strings.
The annoying thing is that he will wear them in the day. Really the day ADM boots would probably suit him more.