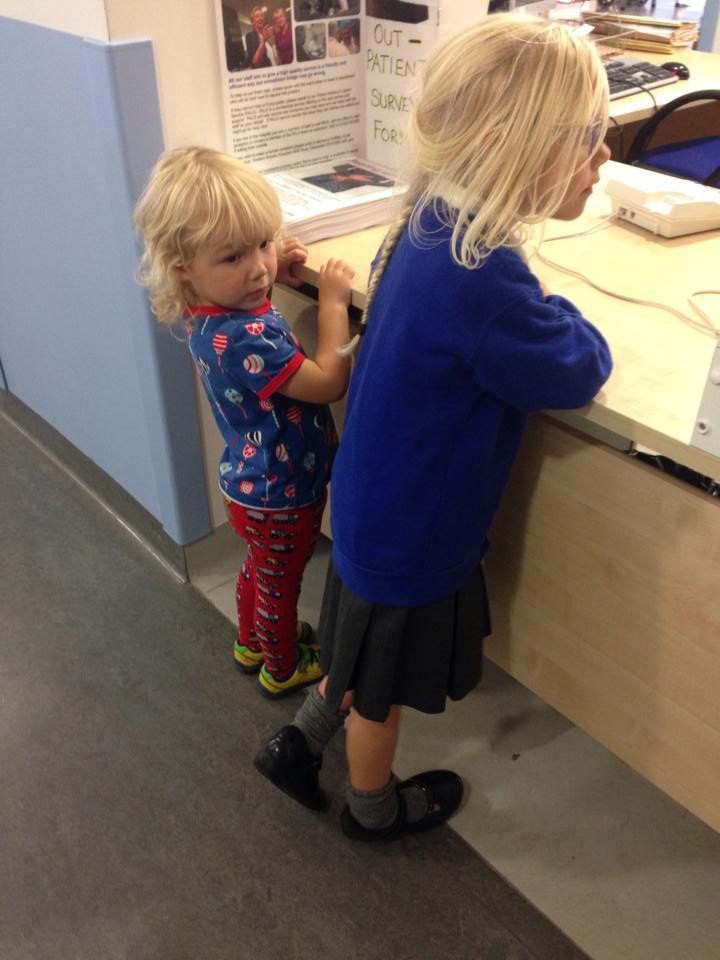 I must apologise I really am running behind this week, Emilyn had her eye check up on Monday. Yep Monday. It's now Wednesday & I'm updating my blog.

We got there early (always a plus side) I had to collect her early from School. (Big mistake I'll explain later) 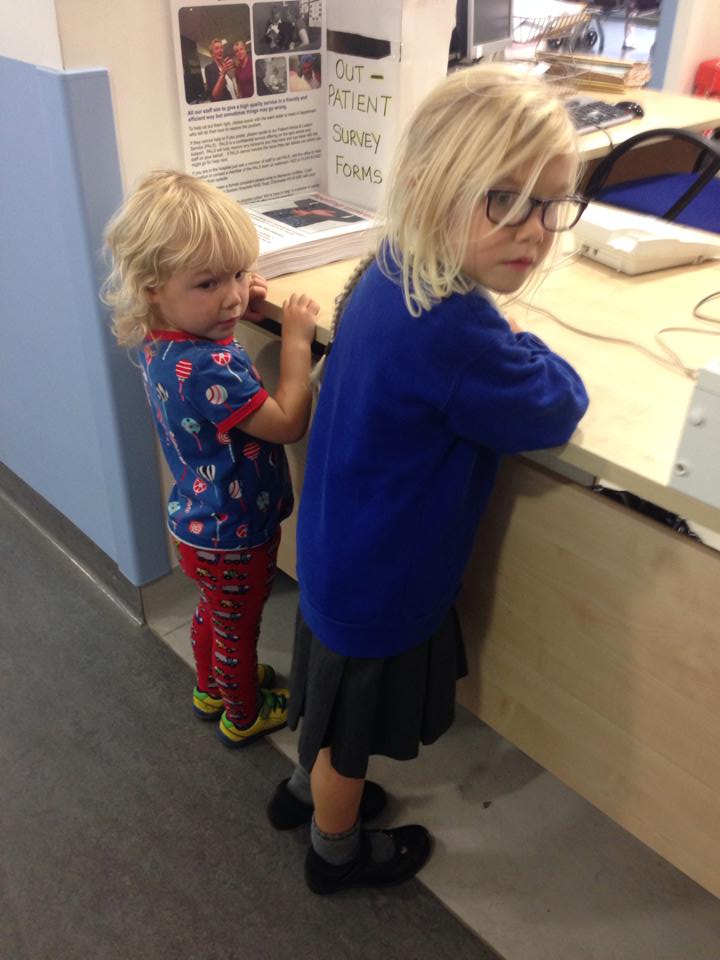 Anyways we got into the children's waiting room, Both smalls decided to act as hyper as humanly possible...

Then we were called in Emilyn had all her usual tests, I found out she knows a lot more of the alphabet than she had ever bothered to show me too!

She was brilliant, she was so quick! so no worries with her eyes with her glasses on.
They want her to carry on wearing them for the immediate future but she said she most probably won't need them for life.
Good news, although we are so used to her wearing them her face looks a bit nude without them. 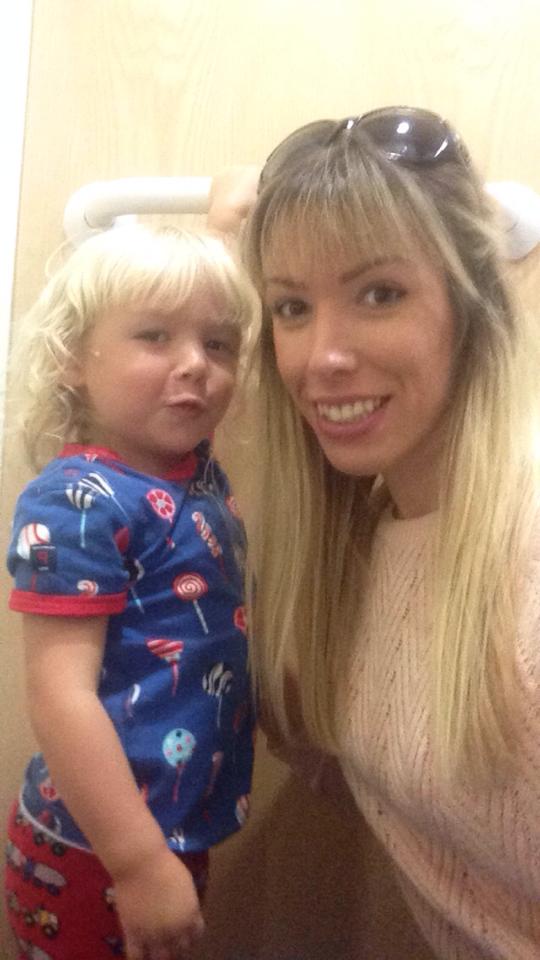 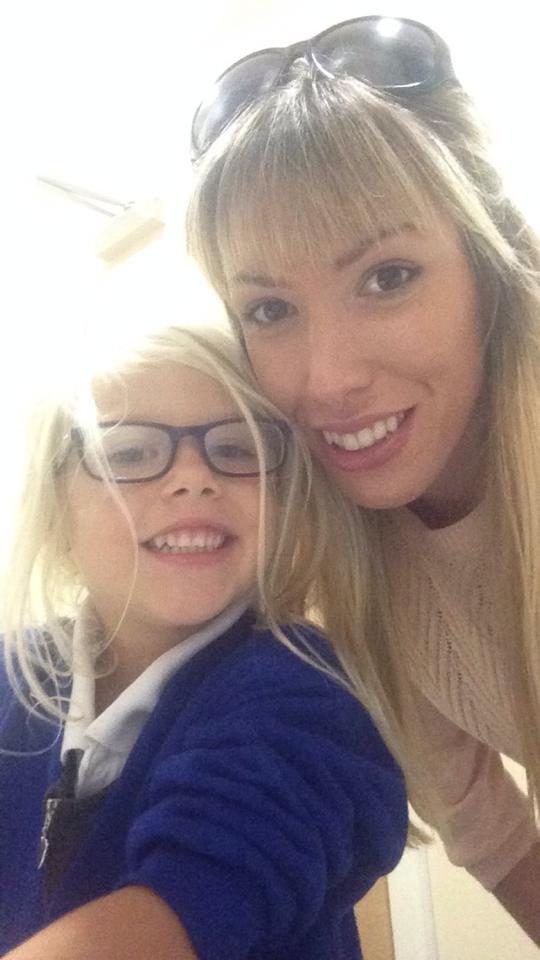 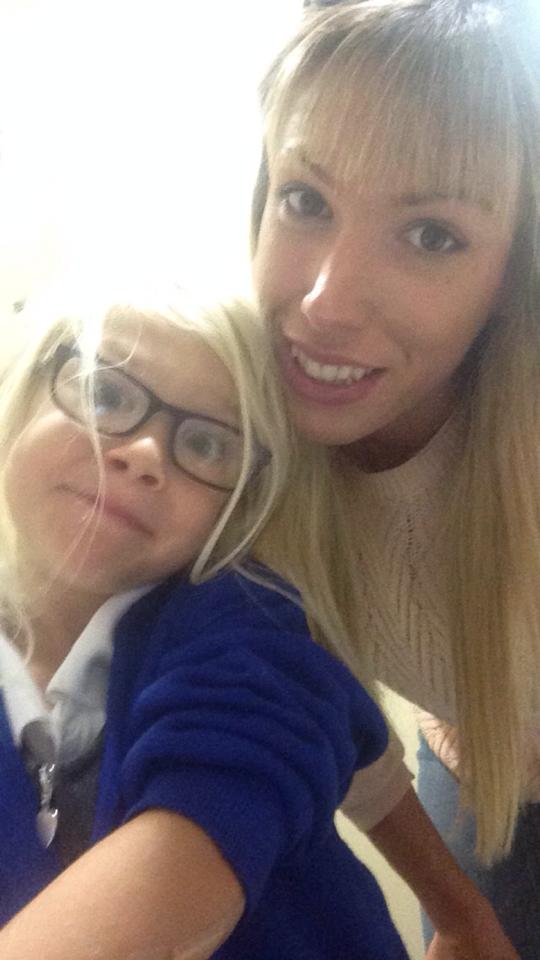 Ready to go home & the ticket machine in the hospital is broken so we had to walk to the other side of the hospital to find the lifts were broken.
Hugo decided he didn't want to walk (My back is so broken due to carrying a 2 stone child around)

Finally got back to the car & Hugo's tantrum starts... OH JOY!

The next morning E got all upset as she wanted me to collect her early from school again.....
I must update you on that actually E is really struggling to settle at her school it's so draining on us both.

We will be back at the hospital with E's eyes in March 2015!!! MARCH! crazy crazy crazy.