Exhausting ADM Talipes Boots on, Boots off and so fourth

As the title suggests... My nights have changed. The tantrums have dissolved to crying & then he magically manages to get his ADM boots off in a flash. All I hear is two little thumps to the floor. Then I know his boots are off.
I've decided to put them back on him once he's gone back to sleep.
(good idea) or so I thought.
I seem to now be awake more of the night then ever before.
I put his boots on, he somehow in his sleep state manages to take them back off an hour or so later?
HOW?
I then hear through the monitor the boots falling to the floor, then yep you guessed it I go in & put them back on him.
I'm hoping somewhen a time will come that he doesn't wake up to take them off. That he will manage to sleep all night with them on.
Hopefully soon. 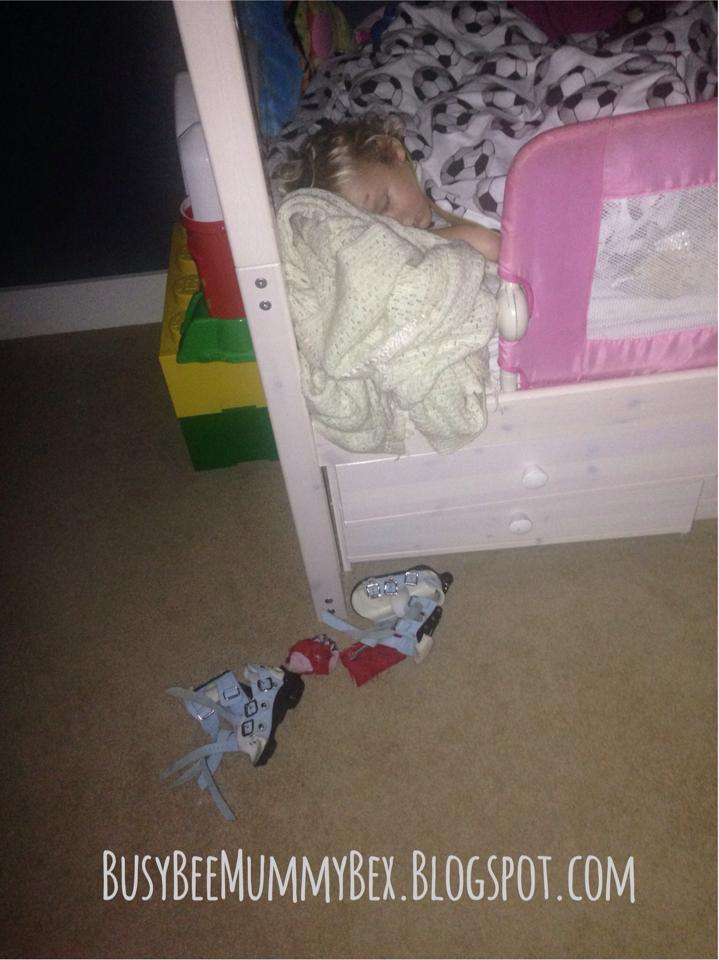