I live for music. I'd happily get rid of our TV (much to my husbands dismay) To listen to my iPod or radio music brings me to life.
There is nothing better than listening to music, that feeling you can lose yourself in the rhythm, lose yourself in the timezone. Music can throw myself back to a time that I had forgotten, Music can throw me back to me singing in the back of my Dad's old blue Mini to 'man on the moon, man on the moon,' By R.E.M
Then in recent years you have summer songs (Chamillionaire - Ridin)( 3 of a kind - Babycakes) The best summers I had these songs were around & the winter songs. (Chris Rea - Driving home for Christmas) Yes you've got to love a little bit of Christmas music. The clubbing songs & the driving songs, The music you listen to when your sad *the loudest you can turn your stereo. For example my sad song is 'Des'ree - Kissing You' The music you listen to when your happy again the loudest you can turn your stereo up. (The Supremes - Baby Love)
Then the classics (Aerosmith - I don't want to miss a thing) You can never go wrong with this song. This song also throws me back to Disneyland Paris The Aerosmith roller coaster ... The memories!!
As you can tell I love a wide range of music. All of which these songs come with amazing memories.
I live for music. When I first heard Alt-J 'Hunger of the pine' it caught me, it made me get lost into the song, made me listen to each word, singing in my head to every word. This song has stolen my heart. Captured it. In the split second of hearing it. The car bose system was up to the loudest it would go (driving child free) I lost myself in the music.
For me Alt-J are the perfect winter music. Chilled & beautiful. Joe Newman, Gus Unger-Hamilton & Thom Green are an English indie rock band formed in 2007 from Leeds. When I heard about them performing at The O2 I knew then I needed Alt-J Tickets. Also very reasonably priced! I'm getting good at having these child free evenings to myself. They'll be at the O2 on the 24th January 2015 & you can buy tickets now.

How to boil the perfect Egg 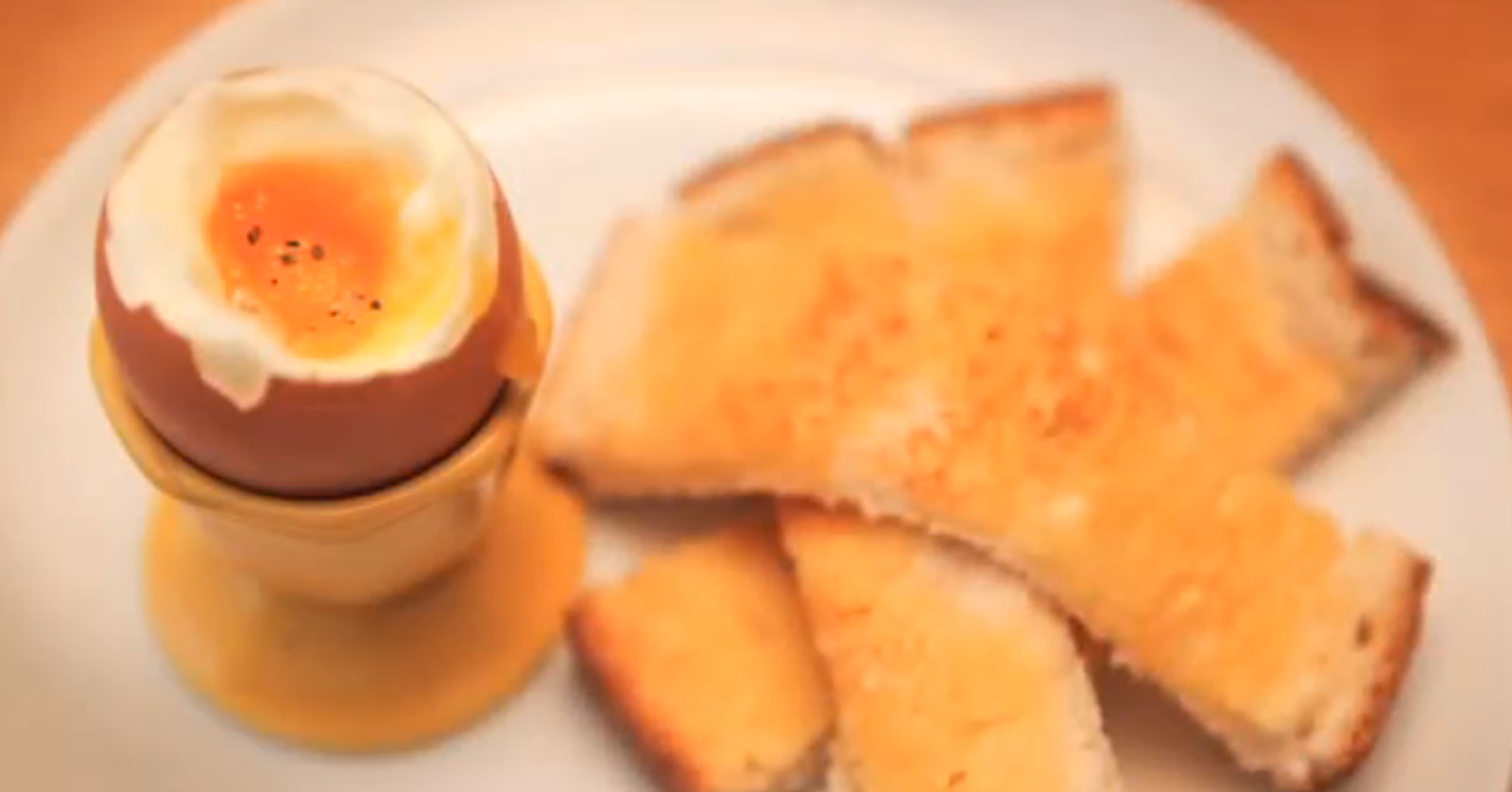 For anyone who personally knows Hugo, you'll know his appetite is like that of a 15 year old boy, he will eat & eat & eat. His favourite is boiled egg with soldiers for lunch.
The thing is how do I get that perfect perfect boiled egg? Hugo is pretty precise to how he likes his eggs.
How to boil an egg is easy especially when using the best eggs (British Lion eggs) but how to boil the perfect egg is only easy when you know how.

We eat about 15 eggs in our house hold a week. If we aren't eating them we are making cakes with them.
It's all about boiling the egg for the right time, too little & the egg is too runny, too long & the egg is too hard.
About 3 minutes will do for a set white & runny yolk. Then quickly run it under the cold tap for a further 2 - 3 minted to stop the egg cooking more... It's easy when you know how.
Then for the most perfect egg & soldiers of course we have a soldier egg cup & toast cutter. Bravo - You've perfected the boiled egg ! Caramagic today released the MagicFriends Xmas app for kids on the App store.
MagicFriends Xmas enables children to have real conversations with Santa and his friends on an iPad or iPhone, where Santa is actually voiced and animated by a parent or family member as the Puppeteer on a second iPhone or iPad connected via Wi-Fi over the internet.
Once the call is made the child chats with a fun, animated Santa, Sam the Snowman, Candy the Elf or Prancer on their screen, in a world of make believe.
Children can laugh, joke and hear stories straight from Santa and his friends.  They can also tell Santa exactly what they would like for Christmas -- and know he heard every word.
MagicFriends is built on three simple ideas:
MagicFriends is built on the latest VoIP platform, which allows the puppeteer and the child to be in the same house or miles apart.
The app’s voice changer allows the Puppeteer to morph their voice to match each different character. This morphed voice syncs with the mouth movement of the character on the child’s screen.
The Puppeteer controls the animations and with a simple swipe or tap can make Santa and his friends jump, wave, wink, dance and twirl on the child’s device.  Welcome to the world of digital puppets.
Because the Puppeteer is played by a parent or family member they know their child, from their birthdate to their favourite colour, toy or bedtime story.  This creates moments of magic for the parent and their child that will last long after the holiday season is over.

MagicFriends founder and CEO Mike Hennessy comments, “It has been great fun to watch children talking to our MagicFriends characters, Santa and his friends.  The conversations can be hilarious.  Children’s imaginations have no limits so you never know the direction they will go.”
MagicFriends has the potential to transform how parents and their children play.  It brings language and conversation to the world of make believe in a way never achieved before.  It develops their imagination and promotes learning and creativity.  Through conversation and interaction, a child picks up language skills and absorbs the basics of social interaction, which is essential to their growth, healthy development and building self-confidence.
MagicFriends Xmas can be seen in action at www.magicfriends.com/xmas. 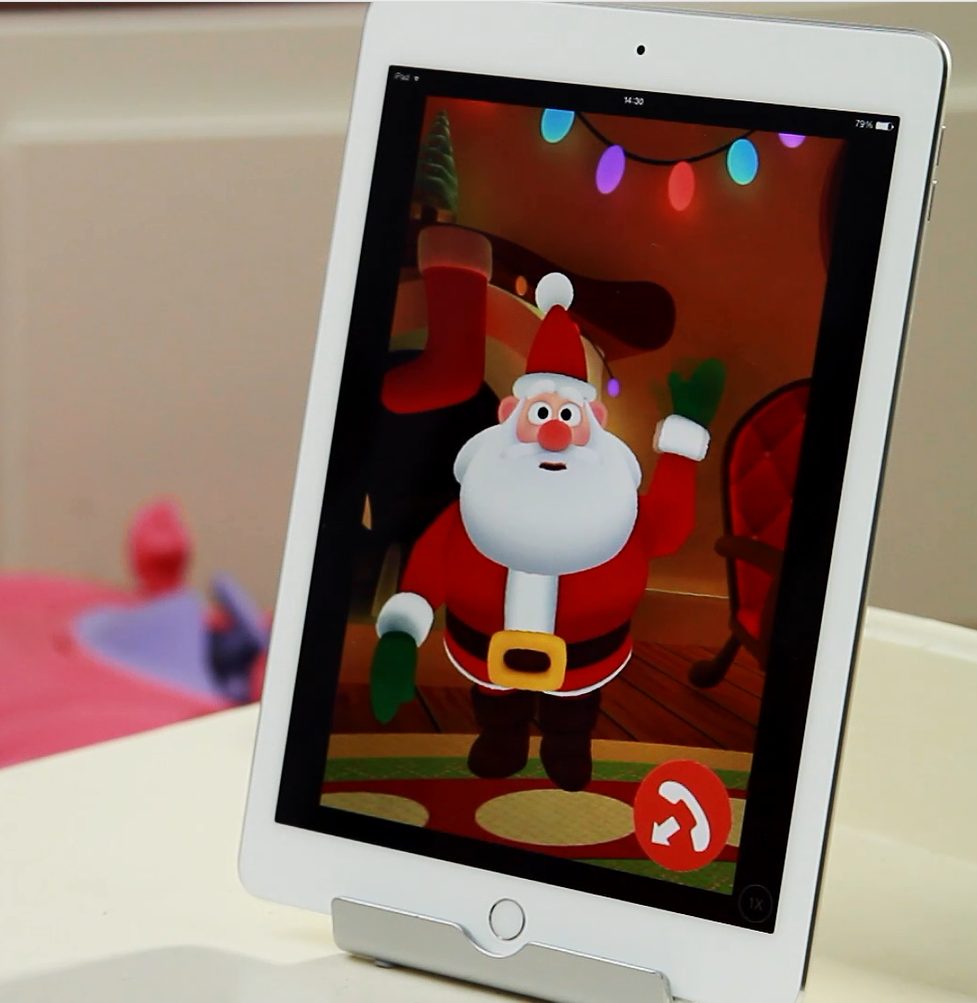 Santa
Santa is very jolly but also a bit scatty so Christmas can be a bit frantic and if he was completely honest, he’d much prefer to be baking cookies or singing on stage or doing the child’s parent’s job e.g. accountant, work on computers etc.
But then he does love surprises and giving presents and its great fun zooming through the sky on a sleigh.

Pricing and Availability
The app can be downloaded for free on the App Store, at: Download Link.
Access to Sam the Snowman is free.  For access to all characters with unlimited calls, users can upgrade to a paid annual subscription of £2.49/€3.59.

Relocating to a quieter life.

With the current property developers building houses after houses in Sussex, the rural living we fell in love with 10+ years ago is seemingly dwindling away.

For some time now we have been dreaming about moving somewhere far far away, to the middle of no where to get more land & more of that country feel we crave.
However with friends & family being so close we would be totally silly to leave them all. This doesn't stop me from looking though.

I'm a totally 'window shopper' for houses & can spend hours looking & dreaming of what life could be like living in 'X,Y, & Z' places. You can see just how easy it is whilst browsing the Strutt & Parker website.

Property for sale in Aberdeenshire  you can get a 5 bedroom, 3 reception room, 2 bathroom house for less than £450,000 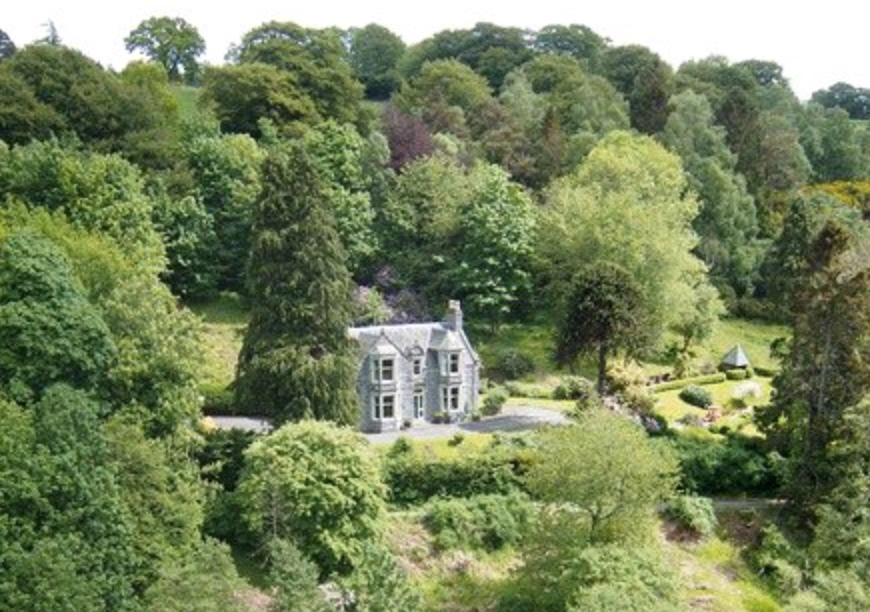 When can I move in!! with over 500miles away from where we currently live, & a 2 bedroom small cottage costing £350,000+++ it's easy to understand why people move to these beautifully remote places to bring their families up in.
To stay living in Surrey/Sussex with the countryside being ruined by the 'new starter homes' that aren't really starter homes anyway because I don't know many first time buyers who can easily buy a house for £350,000... then when you see a house like this Wonderful period property with fabulous garden grounds for just £295,000 why the heck am I still living here??

Local Group Happy Feet Talipes named as Runner Up in the Crème de la Crème of UK Leisure Activity Providers at Earls Court in National Award Scheme
The UK Winners and Runners Up for the prestigious National What's On 4 Me 2014 Awards in association with Ideal Weight were announced at the glittering Awards Ceremony at Earls Court in London, as part of the Ideal Home Show at Christmas, and Happy Feet Talipes was announced as a Runner up in the Best Socialising, Networking or Support Group sponsored by Glam Family UK – open to any group (online or off line) providing a forum or events for socialising, networking or support for adults. 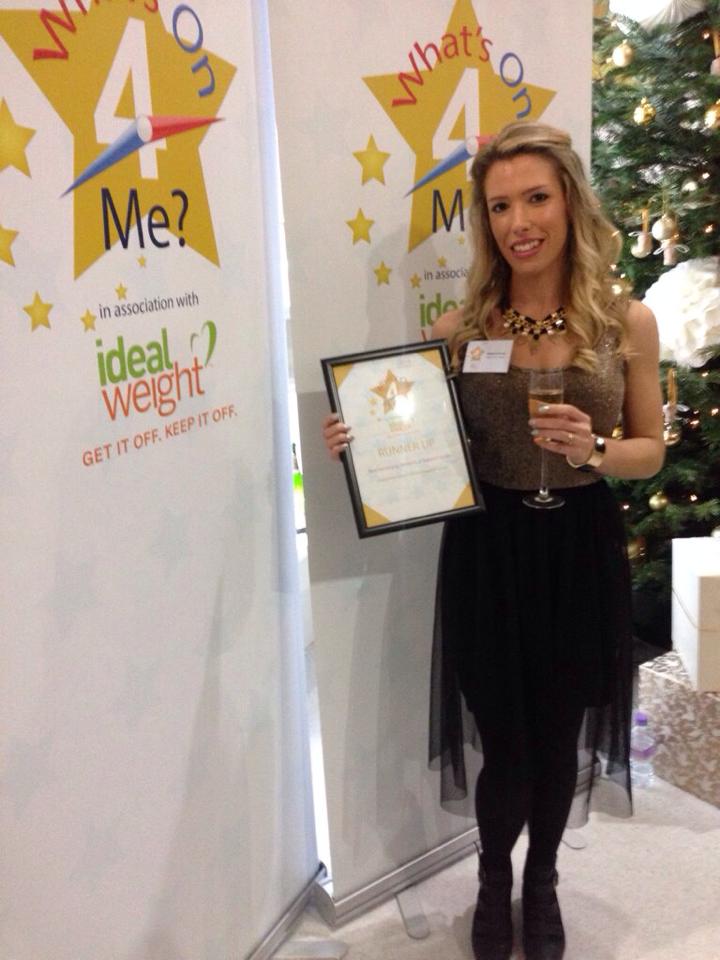 Rebecca Harding, from Happy Feet Talipes was delighted to say “Absolutely honoured to be just a finalist in this prestigious awards ceremony, words can't fully express just how overwhelmed I am for being part of this, I know speaking on behalf of our 1000+ members that the award means the world to us”

The What's On 4 Me Award programme is now in its 4th year and celebrates the best Leisure Activity Providers across the UK as nominated and voted for by the UK public.

Forty-six Winners and Runners Up were announced as the elite Leisure Industry Activity and Event Providers in the UK, from over 1000 nominees competing for the prestigious Awards since the start of the Awards in May 2014.

This year, the awards cover 22 categories from Most Inspirational Coach to Volunteer of the Year. Thousands of nominations and votes have been received from around the UK, making these Winning positions a monumental achievement.

Each and every activity, community group, entertainer and volunteer from throughout the UK has had the opportunity to be nominated. The thousands fo votes shows that these awards are a true representation of views and a reflection of the UK’s eagerness to reward the very best! From August to October 2014, voters logged onto www.whatson4me.co.uk to vote for their favourite Leisure Activitiy Providers from all of the UK nominees who qualified. From these online votes, the nominees with the highest number of votes were revealed as this year's Finalists, with the chance of winning the accolade for the UK!

The winners were announced on 20th November at Earls Court, London, at the glittering Awards Ceremony attended by over 200 finalists, guests and VIPs.

What's On 4 Me owner - Marilyn Bradshaw - adds: "What an amazing an evening and what a pleasure it was to reward to such worthy activity and event providers from around the UK on such a prestigious national platform. Our Finalists, Winners and Runners Up are all totally dedicated to making a difference to people’s lives, and I’m am extremely proud to be associated with them all. "