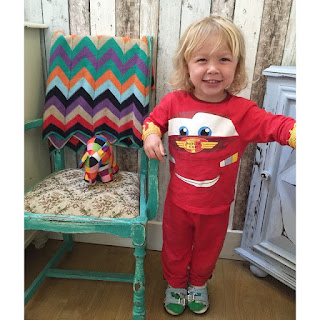 We are almost 2 months into Hugo wearing his Boots. All night, every night!
Can I do a little happy feet dance?
I blogged when Hugo was two weeks into wearing them here
It's just such an amazing turn around.
After 3 whole years of no sleep & him not giving up now we are here & he's wearing them.
Ok so not every night goes as smoothly as I would like it to, he does still fight me when its time to get boots on but it's so much better & the fact he won't scream all night & he will wear them till morning is amazing, amazing, amazing.
Some mornings he doesn't want them off, it's fabulous, i'm typing this smiling. Really beaming with pride.
I think he's pretty proud of himself too if I'm honest.
With us having such a hard start to the ponsetti this was just a far away dream of the land of 'what if'....
I always aspired to it becoming our reality but with night by night going by horrendously it seemed too far into the future to ever believe.

All I can say is I truly believe his previous boots hurt him. He told me night after night he was in pain & I had that awful decision to make heart take them off or head he must keep them on.
Now he rarely cries with pain & if he does I loosen them slightly.

Positivity all the way....