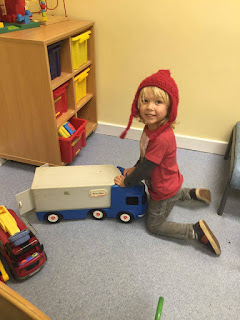 Here we are again, 6 months since our last appointment I blogged HERE last time & explained how H's feet had improved from the last appointment considering a year ago H's feet were at 50 degrees (This is good) - his left foot is now at 10 degrees... This is bad. His right foot is at 15 degrees. So dropped from a 20.
I feel a bit stuck. Lost a bit like I'm losing a fighting battle.
I'm disappointed of course I am I went into todays appointment happy & positive, he's doing so well.
We already wear his boots for 12+ hours a night but now we've got to try to fit in extra hours. So if you're local to us you may see him in the morning (if no preschool he may be wearing his boots) to just add some time in.

The thing is to look at H's feet they look fab! They look normal. Apart from the crease on the sides of them that I've been told will reduce as his feet grow.
Everyone comments on just how well he's doing, however with his tendons being tight this isn't good news.
He's a growing 3 year old with growth the tendons get tighter naturally of course the boots and bar are meant to be preventing this.
JUST HOW GOOD ARE THE ADM BOOTS?
Do I have regret? No, as If we didn't have them then we would probably be just as sleep deprived as I was this time last year.... 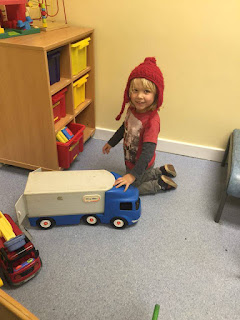 I asked about the Tendon operation as I think H will probably need one.... they didn't say yes or no at this point... they want me to up the hours in the boots & go back in 3 months.
I have a funny feeling that this journey won't be over anytime soon.

The next three months I will make sure we get as many hours in as possible.
The last thing I want is my boy in casts for 6 weeks whilst I'll have a newborn baby.

Three months will fly by as well I'll be able to update in March.